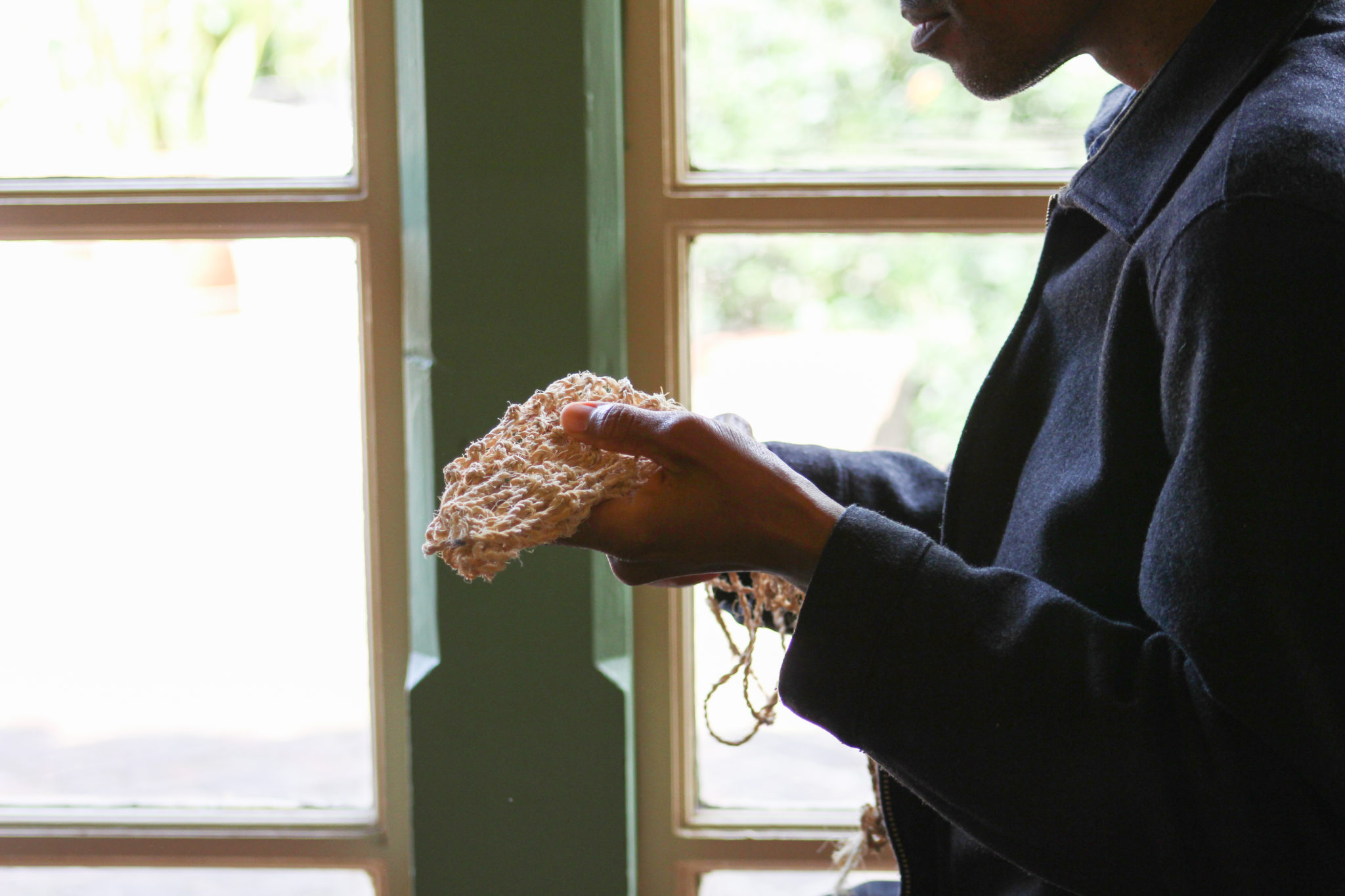 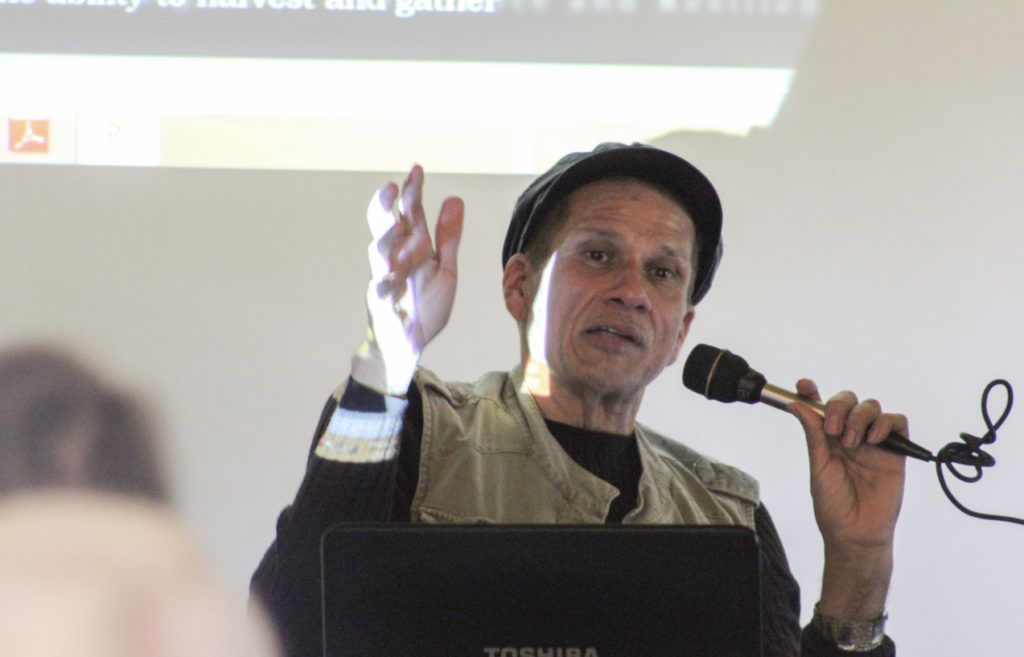 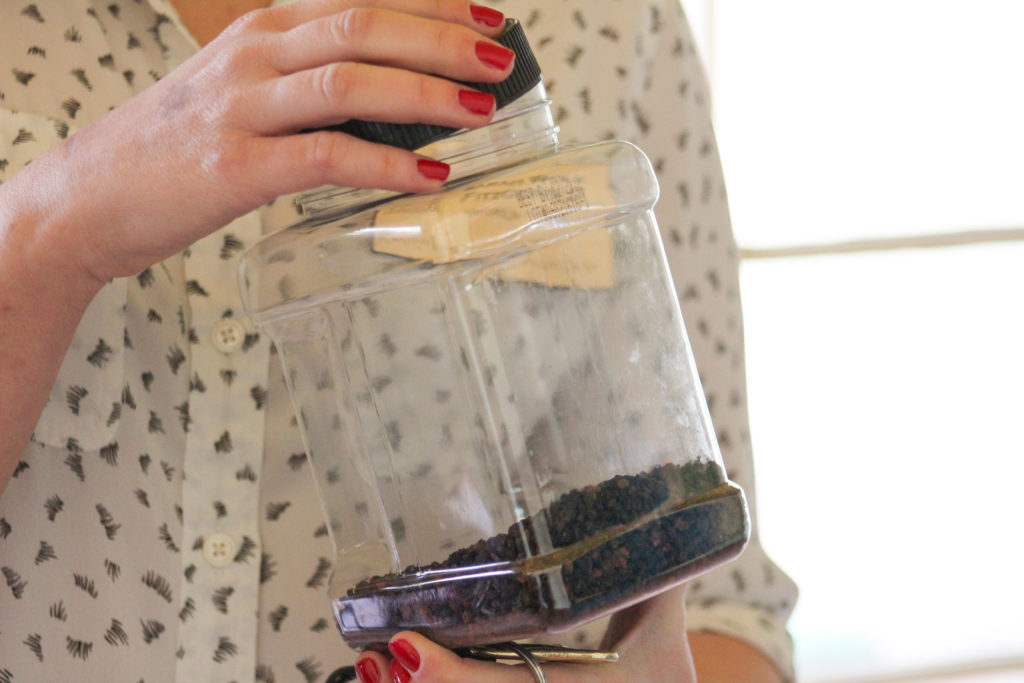 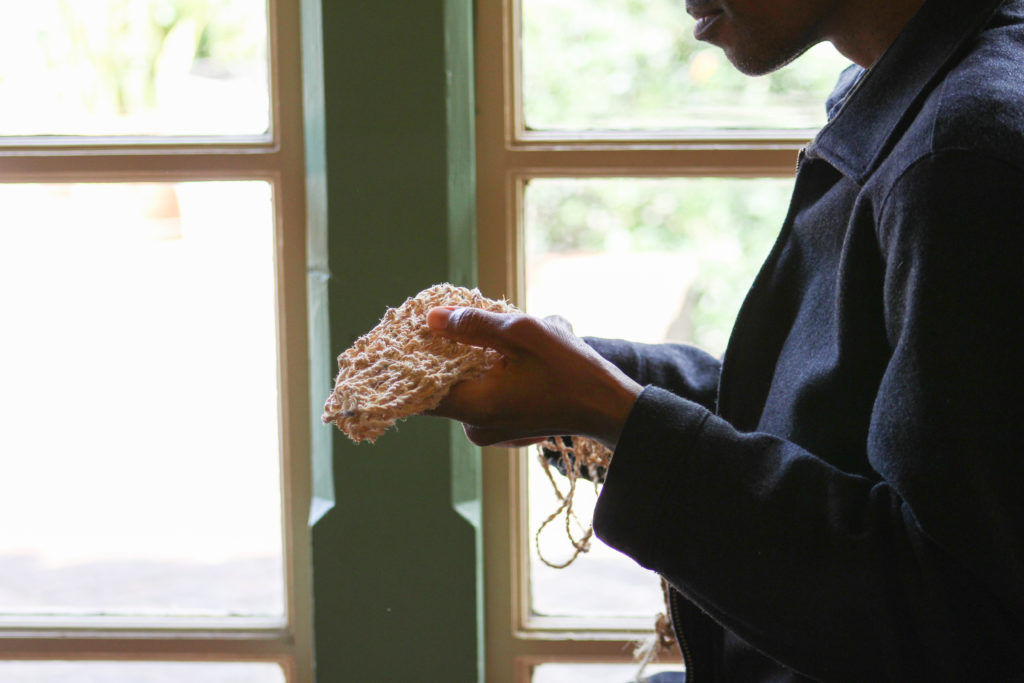 Audience members interact with dried elderberries and items made from plant fibers during the Tongva Traditions presentation.

Tongva descendant Craig Torres delved into the cultural history of the Tongva, particularly on Spanish colonization and its effects on indigenous peoples and plant life. Torres explored how the impacts of colonization still linger in present day in the continued degradation of the natural environment.

Using stories preserved among the Tongva, Torres emphasized the connection between humans and the environment. He shared examples of how the Tongva honor nature through things like dance and oral history because they see themselves as a part of nature, rather than trying to dominate it.

“We all come from different mothers, but there’s only one Mother Earth we share,” Torres said.

Torres is a consultant on the Tongva as well as an artist and cultural educator who often presents at schools, museums, culture and nature centers, as well as state and government agencies. Torres is also part of the Chia Cafe Collective, which is a grassroots group of Southern California tribal members committed to reviving Native foods, medicines, culture and community. Torres channeled the collective’s demonstration style to convey messages of connectivity by passing around dried elderberries and items made from plant fibers. The intention was to give the audience a better sense of how Natives find sustainability in nature, as well as the importance of preserving it. 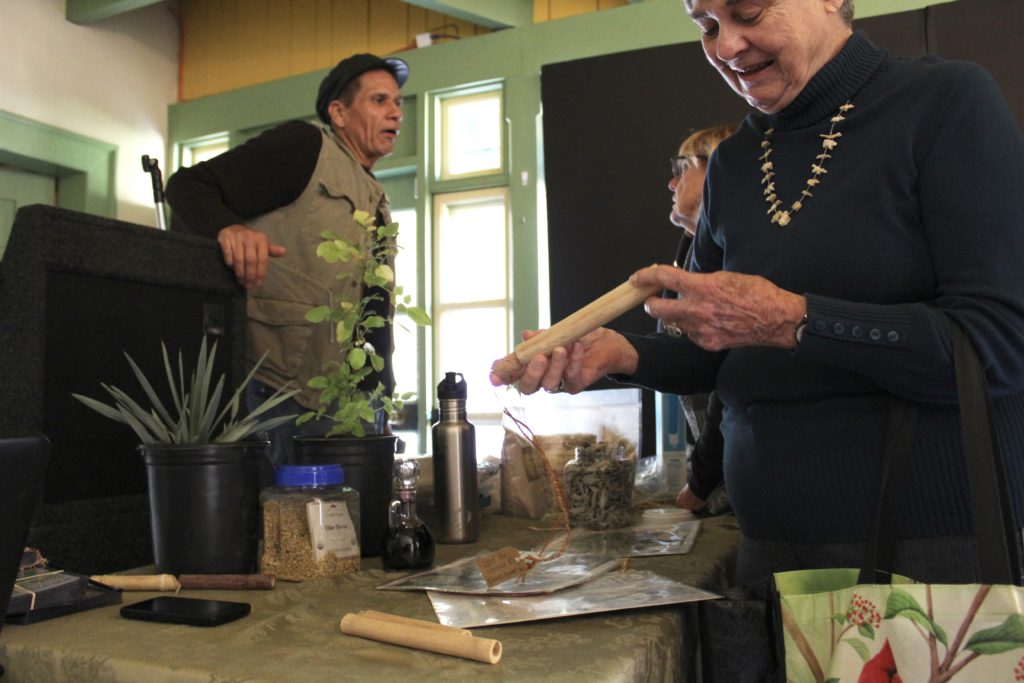 The Rancho’s next installment in the lecture series is titled “Victorian California,” where culinary historian Richard Foss will discuss cooking and dining in Victorian Southern California. The lecture is scheduled for March 25 at 10 a.m. and advance registration is required. Tickets are available online and cost $8 for general admission and $5 for active volunteers and students with ID.