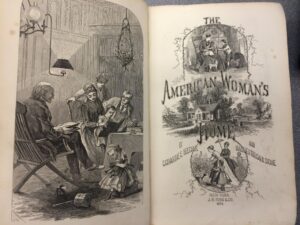 The domestic labor expected of women typically transcends the boundaries of time, class, race, and nationality. The image of the perfect American housewife depicted in popular media tends to make raising children, cooking, cleaning, and needlework seem like easy tasks. However, women’s labor within their homes is real labor even if it is often unpaid and undervalued. Interestingly enough American women who work in other people’s homes as housekeepers or maids are often underpaid. This exhibit focuses on objects that highlight various aspects of American women’s domestic work in the 19th and 20th centuries. In addition, this exhibit explores how the domestic ideology prevalent in the 19th and 20th centuries impacted different groups of women living in the United States.

Click on an image to explore objects within each exhibit case 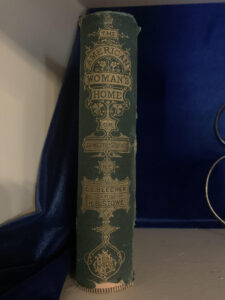 In the 19th century, middle-class and upper-class American women strove to uphold the ideals of the Cult of Domesticity or the Cult of True Womanhood. From a young age, girls were taught that a “true woman” possessed piety, purity, domesticity, and submissiveness. The toys created for young girls in 19th and 20th century America were intended to prepare them for their domestic duties such as being a good wife and mother. According to the Cult of Domesticity, a woman’s proper place was in her home or the private sphere while a man’s place was in the public sphere. Books like The American Woman’s Home by Catharine Beecher and Harriet Beecher Stowe sought to educate women on cooking, raising children, and other things related to the home. 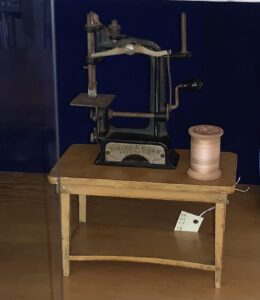 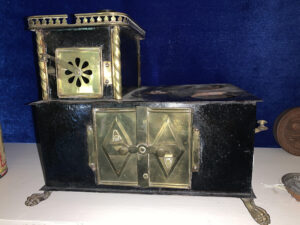 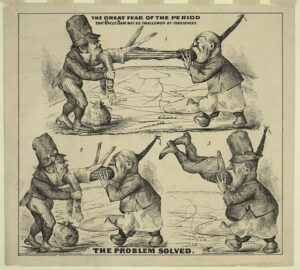 Oftentimes working-class women, immigrant women, Native American women, and other women from marginalized groups were excluded from the Cult of True Womanhood. Enslaved women were not viewed as human beings. Indigenous women were being forced to move from their homes and head westward because of the Indian Removal Act signed by President Andrew Jackson. Negative stereotypes affected Mexican and Mexican American women. In 1851, a Mexican woman was lynched in California for killing a White gold miner who assaulted her. Overall, racial discrimination, classism, and xenophobia impacted the ways women from marginalized groups experienced the ideals of domesticity.

Ultimately, a lot has changed in America since the 19th and 20th centuries in regards to women’s domestic labor. Career fields with a large number of immigrant women or working-class women such as housekeeping or factory work are still considered underpaid. However, more women from marginalized groups have greater autonomy and rights than in previous centuries.