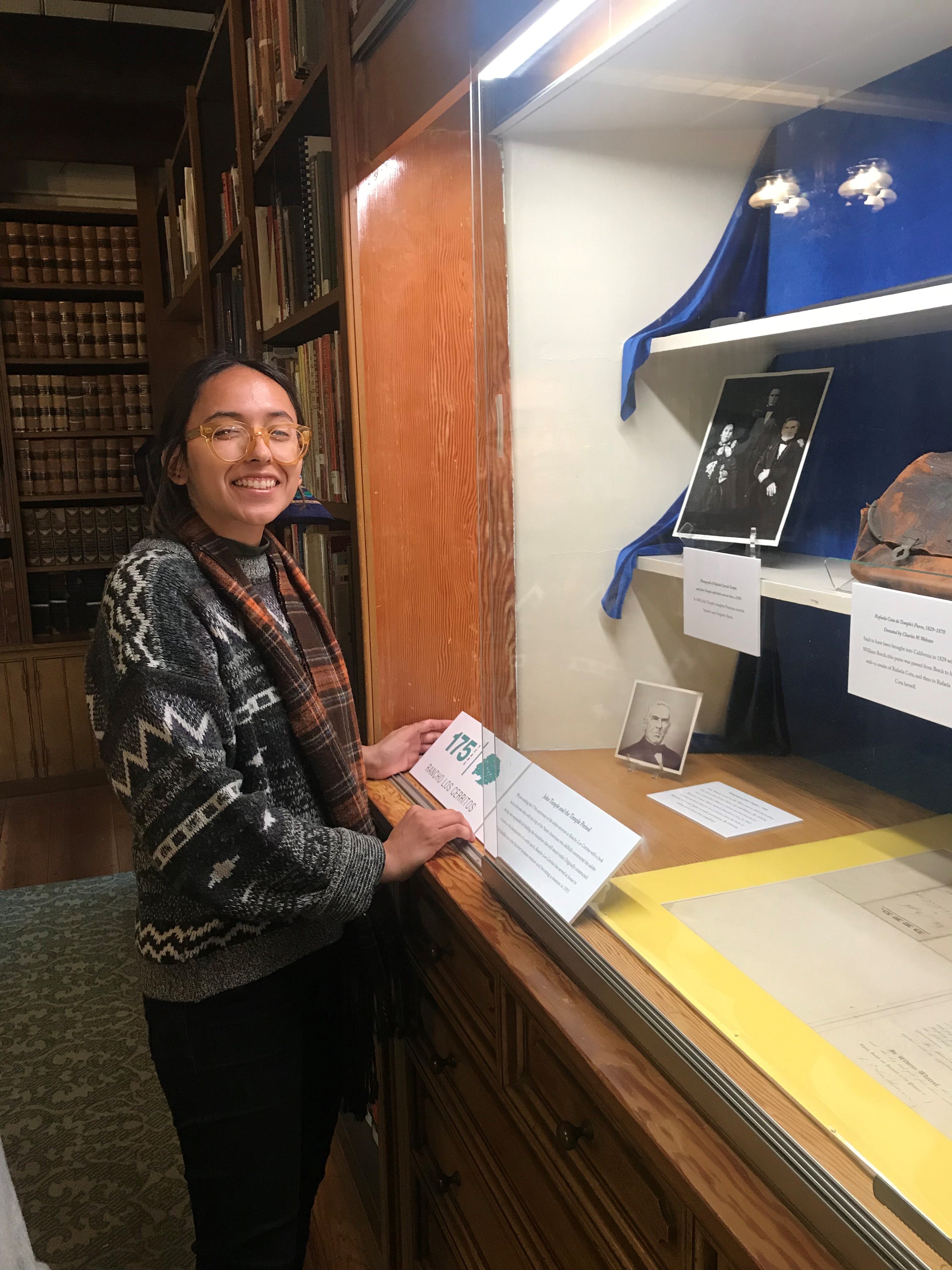 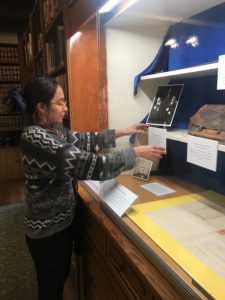 In mid-March, Rancho Los Cerritos’ Arts Council Intern Keila Rivera installed the latest special exhibit in the library display case. The exhibit focuses on John Temple and the cattle ranching period at RLC and is the first installation in a series of displays that will commemorate the demisemiseptcentennial (175th anniversary) of the Rancho adobe’s construction.

Here is a brief description of what you will find in this display:

“Born in Reading, Massachusetts in 1796, John Temple spent some time as a merchant living in the Hawaiian Islands (then known as the Sandwich Islands). He arrived in Los Angeles in 1827 and became a naturalized Mexican citizen by 1830. Soon after, he married Maria Rafaela Benedicta Cota­–whose purse we have on display, and they had a daughter named Francisca. The exhibit features their family photo with Francisca’s husband, Gregorio Ajuria. In 1843 Temple bought Rancho Los Cerritos from Manuela Nieto’s heirs and quickly built the adobe dwelling thanks to the labor of Native Americans, who constructed the massive adobe bricks. Tar from the adobe’s original roof has been found on site. The Rancho Los Cerritos adobe served as headquarters for Temple’s cattle ranch, and he used an iron brand to mark cattle with his initials since cattle would wander among the unfenced neighboring ranchos. Besides cattle, Temple also kept horses and sheep, and planted a garden with trees grown from imported seeds. He also hosted rodeos and other celebrations.” 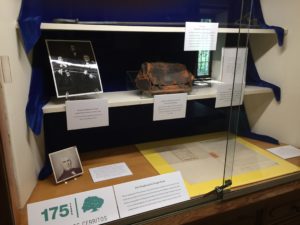 There is a more complete informational document about the exhibit available in the Visitor Center. Stop by and see this exhibit for a limited time only!