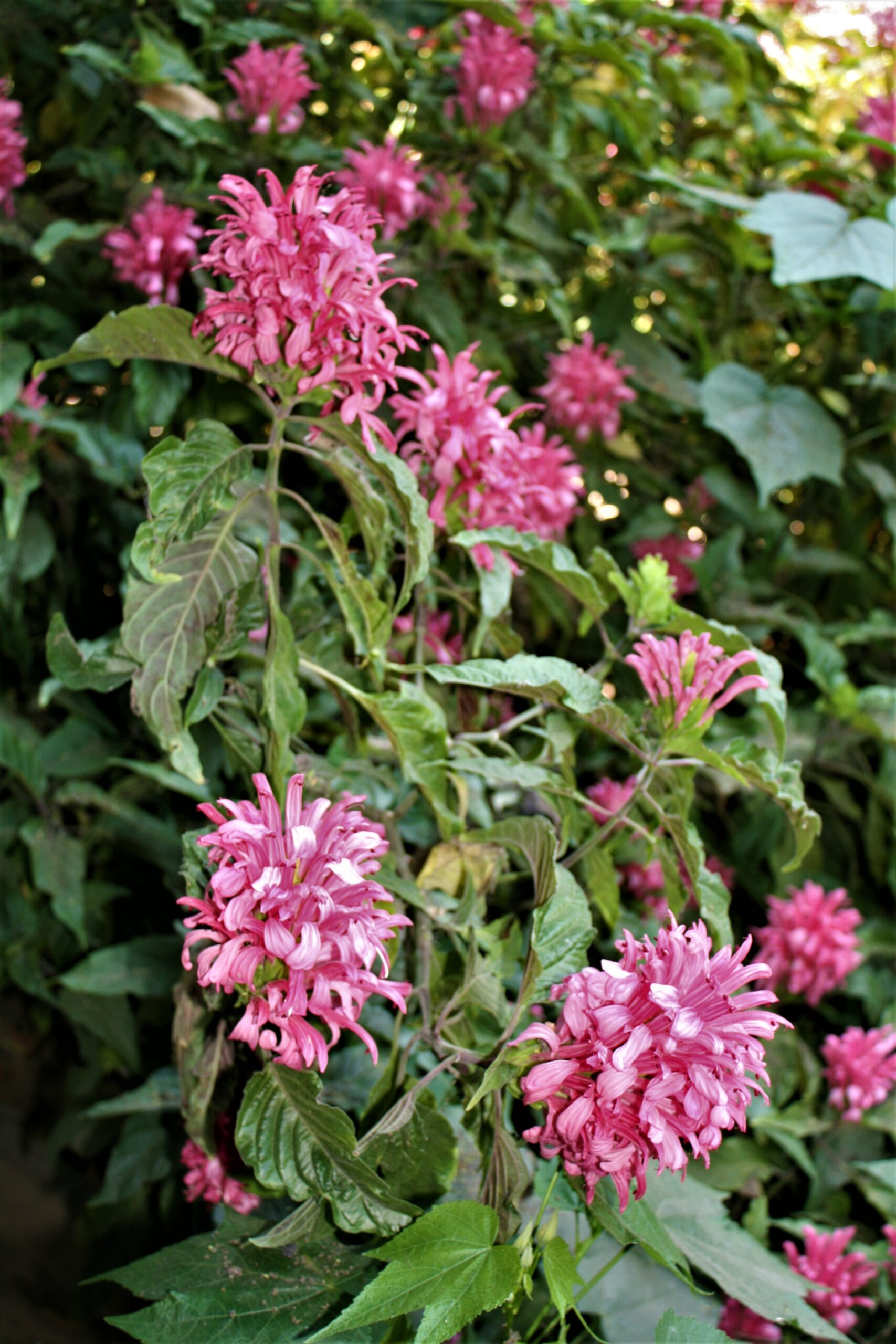 Plant of the Moment: Justicia carnea – Brazilian Plume Flower. Located in the backyard’s shaded planter beds to the east of the wisteria arbor, this delightful perennial generally has two, and occasionally three, waves of brilliant color in the summer. And it’s not just a pretty flower! Scientists have been looking into its medicinal qualities, potentially ranging from the treatment of anaphylactic shock to a cure for certain kinds of cancer. While we’ll leave it to the scientific community to investigate such things, you can enjoy RLC’s Justicia carnea this summer. You will undoubtedly run into some hummingbirds when you come to do so! 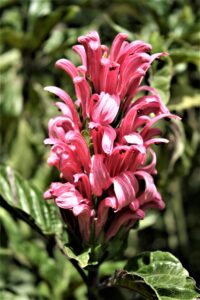 Bird of the Month: Mourning Doves. Perhaps the site’s most recognizable resident birds, Mourning Doves are native to the United States and Mexico and can often be found gleaning seeds from the ground. In Adobe Days, Sarah Bixby Smith may have been referring to these doves when she wrote that her cousin Harry, upon trying out a new gun, could not bring himself to shoot the “turtle doves who sat in so friendly a fashion together on the fence rail and made mournful sounds…” With nesting season upon us, a Mourning Dove has been nesting atop a beam of the upper veranda. 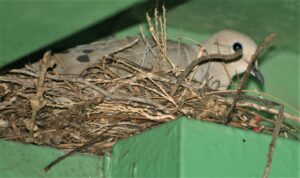