The Voyage of Life: A Bixby and American Treasure Preserved at RLC

By Curatorial Intern Uncategorized Jul 11, 2017 Comments Off on The Voyage of Life: A Bixby and American Treasure Preserved at RLC 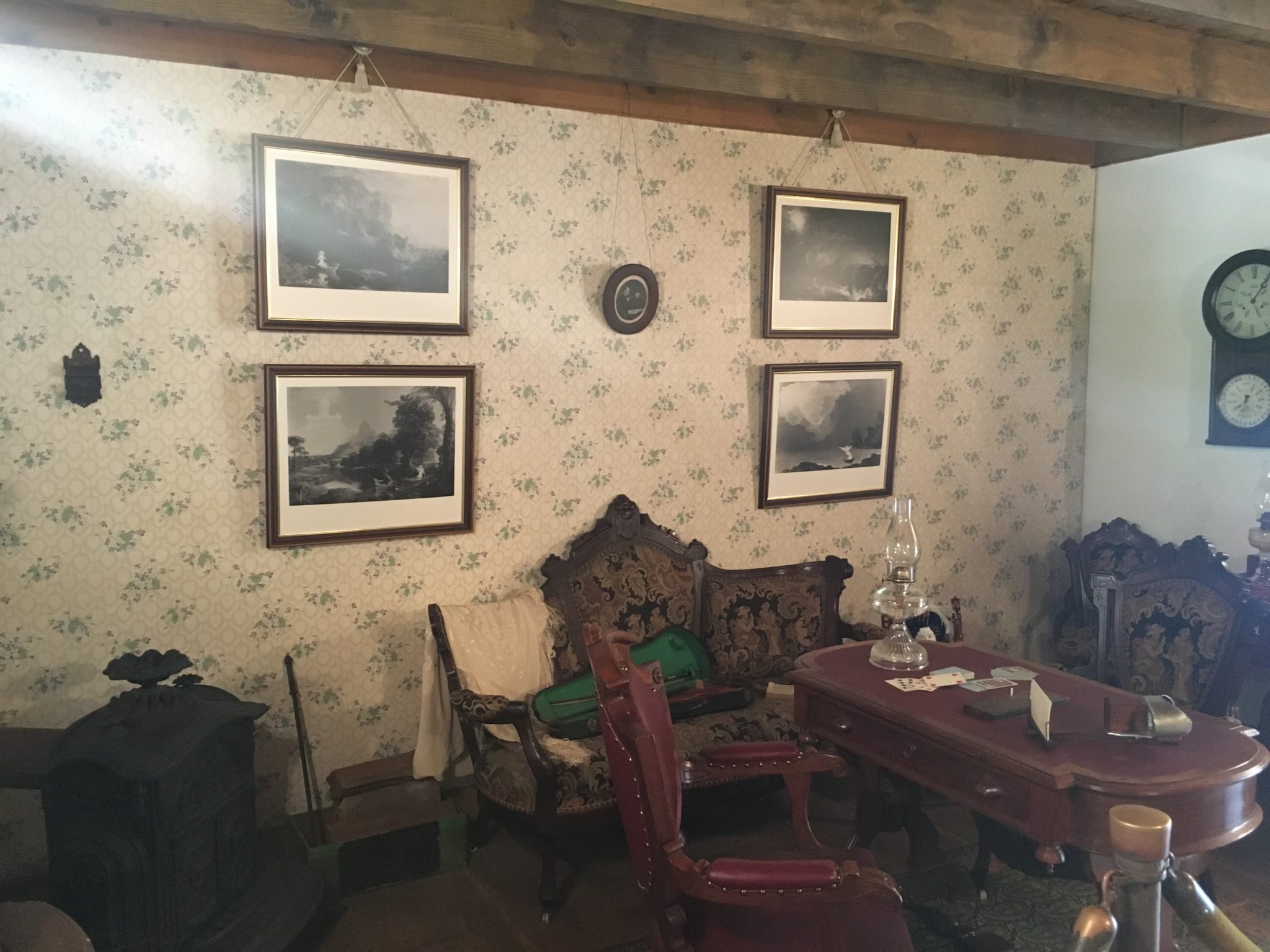 The Voyage of Life, a series of four photographic prints, is prominently displayed in the Rancho Los Cerritos parlor today. These black and white prints are copies of an original set of color lithographs, based on a cycle of paintings by Thomas Cole. Cole is considered the founder of the Hudson River School, a group of American landscape painters who practiced in the mid-nineteenth century. The Voyage of Life prints represents the cycle of life, a theme relatable to the Bixbys of the 19th century and Rancho visitors today.

According to Sarah Bixby Smith’s account in Adobe Days, the Bixby family of Long Beach once owned a set of color engravings of The Voyage of Life. This original set was also hung in the parlor, “The walls were covered with a light flowered paper, and on them hung four steel engravings of the “Voyage of Life,” and the familiar picture of Lincoln and his son Tad”, recalled Sarah. The parlor was where the Bixby family gathered together to read, play cards, and warm themselves by the fire, and perhaps to contemplate the moral messages conveyed by The Voyage of Life.

The Voyage of Life prints were based off four paintings produced by Thomas Cole. Cole created the first version in 1839-40, and a second version was created in 1941-42, after the private collector who purchased the first set refused to allow them to be displayed publicly. Since the painted iterations were widely popular amongst the public, they were translated into engravings, a printmaking process which allows for multiple images to be printed rapidly. It is unclear how the Bixby’s came to own these engravings, but purchase of such items was likely advertised in popular magazines and newspapers­­-similar to a subscription.

The artist Thomas Cole hailed from Lancashire England before moving to America with his family at age seventeen; the family lived in Philadelphia before settling in Steubenville, Ohio. It was in this rural setting that Cole became inspired by the wild, uncharted, frontier landscape of early-nineteenth America. For Cole the American landscape offered a stark contrast to the industrialized and urban life he had experienced in Lancashire. The uniqueness he found the virgin American nature inspired him and two generations of artists to create landscape paintings peppered with spirituality, allegory, poetic and moral messages.

Cole began painting the landscapes of the Hudson River Valley and other uncharted regions of the American Northeast in the 1830s- first sketching them in nature and completing the final versions in his studio. During this time Cole created his most famous painting View From Mount Holyoke, Northhampton, Massachusetts, after a Thunderstorm also known as The Oxbow, (1836) a sublime landscape painting open to a number of interpretations. Compositionally divided between the wild frontier filled with gnarled tress and dense vegetation at left, and the cultivated landscape of rural Massachusetts at right, one cannot help but question whether this is a comment on the dangers of urbanization.

Following Cole’s lead a group of landscape painters known as the Hudson River School formed (they were not actually a school in the formal sense, but a group artists with similar concerns). Collectively these men, such as Asher Durand and Albert Bierstadt, were interested in exploring the spiritual possibilities of the American landscape. Eager to set America apart from its European past, for both artists and the public the landscape became a symbol of American identity and the limitless possibilities it held for the future. The Hudson River School painters remained the dominant artist group in America until about the 1870s. 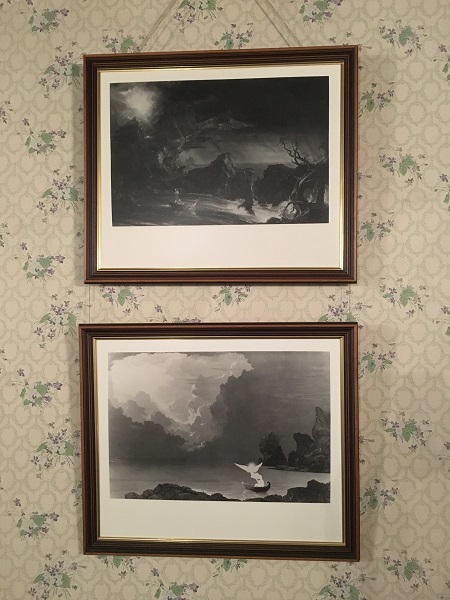 Created late in Cole’s career The Voyage of Life is a cycle of four painting titled Childhood, Youth, Manhood, Old Age, which chronicles the journey of one man along the “river of life”. In Childhood the man emerges on a boat from a darkened cave, into a landscape beginning to bloom, a likely reference to birth and his budding future. In the second artwork Youth the man continues along the river, now guiding the boat for himself toward a distant mountain, the landscape around full of life and promise. In all four of the engravings Cole included a mysterious white figure radiating with light, perhaps to signify a spiritual or angelic presence meant to keep the voyage of life on course.

Manhood, by contrast, is dark and stormy, the optimism of the previous two cycles is now gone, as the man fast approaches what appears to be waterfall. With his hands together in prayer he continues into the unknown. Dominated by the open sky Old Age is the final phase of the man’s physical and spiritual journey. The water is now calm, as he is headed toward his end having experienced his voyage of life.

The Voyage of Life of Life undoubtedly contains references to the Christian faith, but can also be understood as emblematic of the importance personal growth and change throughout one’s life. While Thomas Cole’s legacy is as a painter of the pre-industrial American landscape, and founding father of the Hudson River School, works The Voyage of Life contain universal messages relevant even 175 years later. How the Bixby family came to own this artwork, we will likely never know, but today its presence at Rancho Los Cerritos is a reminder of their family gatherings, and a little piece of American art history.