Who Were the Tenants? 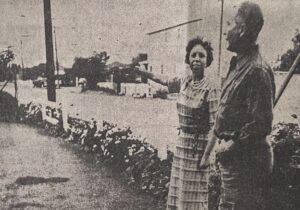 Alfred Encinas’ father was from Sinaloa, Mexico, and his mother was of Spanish heritage, born in California. His father worked at Rancho Los Cerritos for many years, later farming land leased from the Bixbys. Alfred describes attending a school on Pine Avenue and on occasion being taken home with the chauffeur who came to pick up the Bixby boys. He often went to the ranch after school with them and played in the big barn. His father’s business with George Bixby was originally sharecropping, and his father was able to buy 6 acres of the ranch where he had a dairy and raised corn and sugar beets. In 1960, the Independent Press Telegram carried an article describing the loss of the Encinas home on Baker Street due to freeway construction, describing the home as having two lemon trees that were once part of the Los Cerritos Ranch orchard. (photo of Encinas rancho in file) 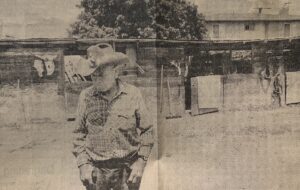 Alfred Valenzuela was born in Long Beach in 1911, “on Pico Street down by the river.” His grandfather had arrived in Santa Maria, California, from Chile in the 1860’s. He came south in 1866 with the Bixbys after they purchased Rancho Los Cerritos. Alfred’s father followed his father’s footsteps, working at Rancho Los Alamitos for many years for Fred Bixby, who gave him an acre of land in recognition of his service. Alfred worked as a ranch hand at the Santa Margarita Ranch, which later became Camp Pendleton, and married Adela Oliveras, the foreman’s daughter and member of the Juaneño Mission Band of the Acagchemen Indian Tribe.  His father had raised horses all his life, and Alfred did too, for parades and roping. He continued to raise horses at his home on Golden Avenue in the Wrigley Heights neighborhood well into the 1990’s. In 1993, the Long Beach Press Telegram carried an article documenting his struggles with the city to keep his property and horses amid increasing urbanization. 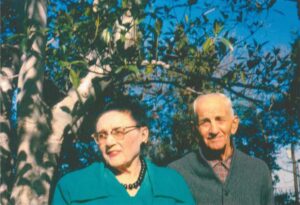 Bill Bustamante was born in 1884, and his family came to live at the Rancho in 1894, where they lived near the Encinas family.

Clarinda Carter was born in 1879 in Anaheim, California. She described her grandmother as an Indian who was probably born and baptized at Mission San Juan Capistrano. Clarinda went to dances with Jotham Bixby’s sons, George H., Richard, and Philip.  She met and married Bert Carter, who worked in the dairy barns at the Rancho, in 1904. 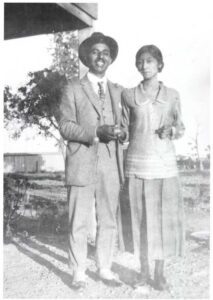 Concepción Coronado was born in 1908. She attended Temple School in Long Beach and later attended the Los Alamitos ranch school. In 1921, her father got a job at the Virginia Country Club, and the family moved into the north side of the Rancho adobe. She met her future husband, Manuel Liera, when she collected water at the Country Club, since the adobe was without running water. They celebrated their wedding in 1924 with a dinner, music, and dancing in the large room that was called the “salón de baile” in John Temple’s day. Their first child was born at the Rancho, delivered by Manuel himself since the doctor did not arrive in time.

Virginia Babcock was born in Signal Hill in 1919 and came to live at the Rancho in 1920 with her family, the Coronados. She was entranced with the ghost stories that Uncle Mike, her grandfather’s brother, used to tell the children. She describes charging a quarter to take visitors through the house, telling them to be very quiet because the ghosts didn’t like to be disturbed. 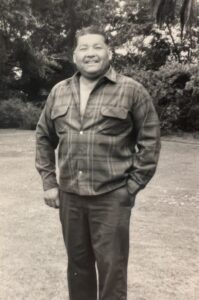 Frank Coronado lived with his family at Rancho Los Cerritos during the 1920’s, when his father was employed by the Virginia Country Club. Frank later worked as a groundskeeper at the Country Club as well. He remembers fondly spending time with Uncle Mike Murillo, who was known for his telling of stories that were “kind of scary–about the wild horses and the ghost-like things that used to happen in long ago days.” (photos of Uncle Mike and Frank in file)

Aurelio Arias was born in the state of Guanajuato, Mexico, and came to Long Beach as a child in 1903. His family initially lived and worked on the Hicock Farm near Compton, where he attended school. His father worked for the Pacific Electric Railway and his mother “helped out” at the Rancho de los Dominguez. 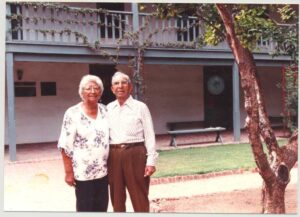 Manuel Liera was born in Ensenada, Baja California in 1900 and was brought to California as a six-month-old baby. He lived in Long Beach and attended school through grade 5. When they lived in Stanton, his parents owned some Holstein and Jersey cows. His father had a spring wagon and made his living selling boxes of homemade Mexican cheese and milk. Manuel started work at the Virginia Country Club as a groundskeeper in 1922 for $2.80 a day. After getting the job, he brought his parents to occupy the south side of the Rancho adobe, where they paid $10 a month in rent. He married Concepción Coronado, and they lived in the adobe for several years. They were then able to purchase a small home on the Country Club grounds. Manuel later worked in a maintenance position with the telephone company. In 1994, the Long Beach Press Telegram carried an article describing the couple’s 70th wedding anniversary with their recollections of the life at the Rancho. (file has an original photo of the couple giving an oral interview) 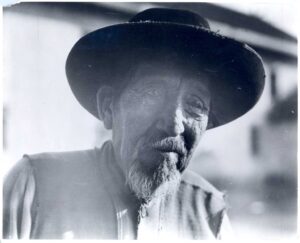 Miguel Murillo was part Cahuilla Indian and probably the rancho resident who lived the longest time at the Rancho. He began breaking wild horses when he was 14 and was employed first by John Temple and later by Jotham Bixby. He worked as a cowboy in Arizona, New Mexico, and Texas, as well as in California. Sarah Bixby described him as a Temple retainer who was “spending his last days as a tenant of the old house.” He died in 1931 at the age of 101.