Carmen builds Home through her childhood memories of life in Mexico. 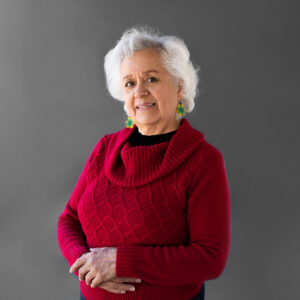 Carmen, whose parents were part of the Bracero Program in the United States, was born in Texas in 1944, and grew up in Peotillos, Mexico near San Luis Potosi.

At the age of nine, she left the warm, loving atmosphere of a Mexican rancho when her parents sent her to live with her aunt Herminia in Los Angeles, to escape poverty. In Los Angeles, Carmen was confronted by values that were the opposite of those that she had grown up with in Mexico. For 12 years, while under the supervision of her aunt, Carmen endured both mental and physical abuse.

After escaping Herminia’s abuse at the age of 21, Carmen eventually started her own family and raised her four children in a home built with the memories and values she had learned during her early childhood in Mexico.

Carmen’s story shows how her early memories have helped her define Home and maintain a close family.

Daniel sees Home as building community in his coffee shop.

Daniel grew up in Echo Park in the 90s in a culturally diverse circle of family and friends.

He was trained by his father, at a very early age, to be a boxer.  After confronting a serious health condition, Daniel was forced to quit boxing. Meanwhile, Echo Park had suffered from gentrification and Daniel lost both his boxing passion, his sense of community, and home. This speaks to the realities of displacement in underrepresented communities. Daniel decided to risk a move, leaving Echo Park, and opening a Latino coffee shop in South Gate, where he serves his community, and was able to recover his sense of home.

Daniel’s story demonstrates the importance of creating and maintaining community, which often provides a sense of home to many.

Santos finds Home by rebuilding his relationship with his daughters. 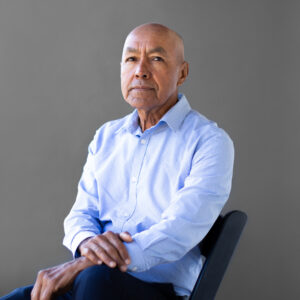 Santos moved to Long Beach from Acapulco, in search of a better life, leaving his alcoholic father and abusive mother in Mexico.

In California, he was overwhelmed with the challenge of adapting to a new language and a different culture, and struggled to keep his family united. After his divorce, he slowly began to resume contact with his daughters and started to enjoy a positive relationship with his ex-wife and children.

Santos’ story is about how, for him, the presence of his daughters defines Home. This notion forced him to change many of his unhealthy behaviors in order to have a better relationship with his daughters.

Cindy finds Home through her workshops. 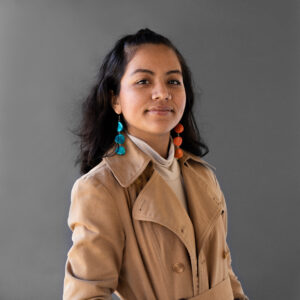 Cindy and her family grew up in Compton where she soon displayed artistic talent. At an early age, she was abused by two young family members. Cindy’s parents and immediate family forced her to remain silent about the abuse. Having been silenced, Cindy looked for a way to deal with her trauma. She found herself on a journey towards self-healing and self-love through art therapy. Cindy now provides workshops for underrepresented groups where she helps others heal their trauma through sharing their stories and art.

For Anna Lisa, Home is within you. 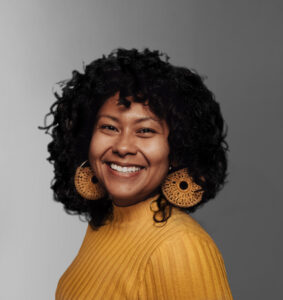 Anna Lisa was four years old when the police wrongfully shot and killed her father.

From that moment on, her mother struggled to support her family as a single parent, which led to them losing their home. Her story exemplifies the impact of police brutality on underrepresented communities. Anna-Lisa had to re-invent her idea of home.

Anna Lisa’s sense of home is not a particular physical place, but rather something she carries within herself and is intangible.