Reading and Writing Essentials of the 19th and Early 20th Century

By Curatorial Intern Long Beach, Visitor Information Aug 16, 2018 Comments Off on Reading and Writing Essentials of the 19th and Early 20th Century 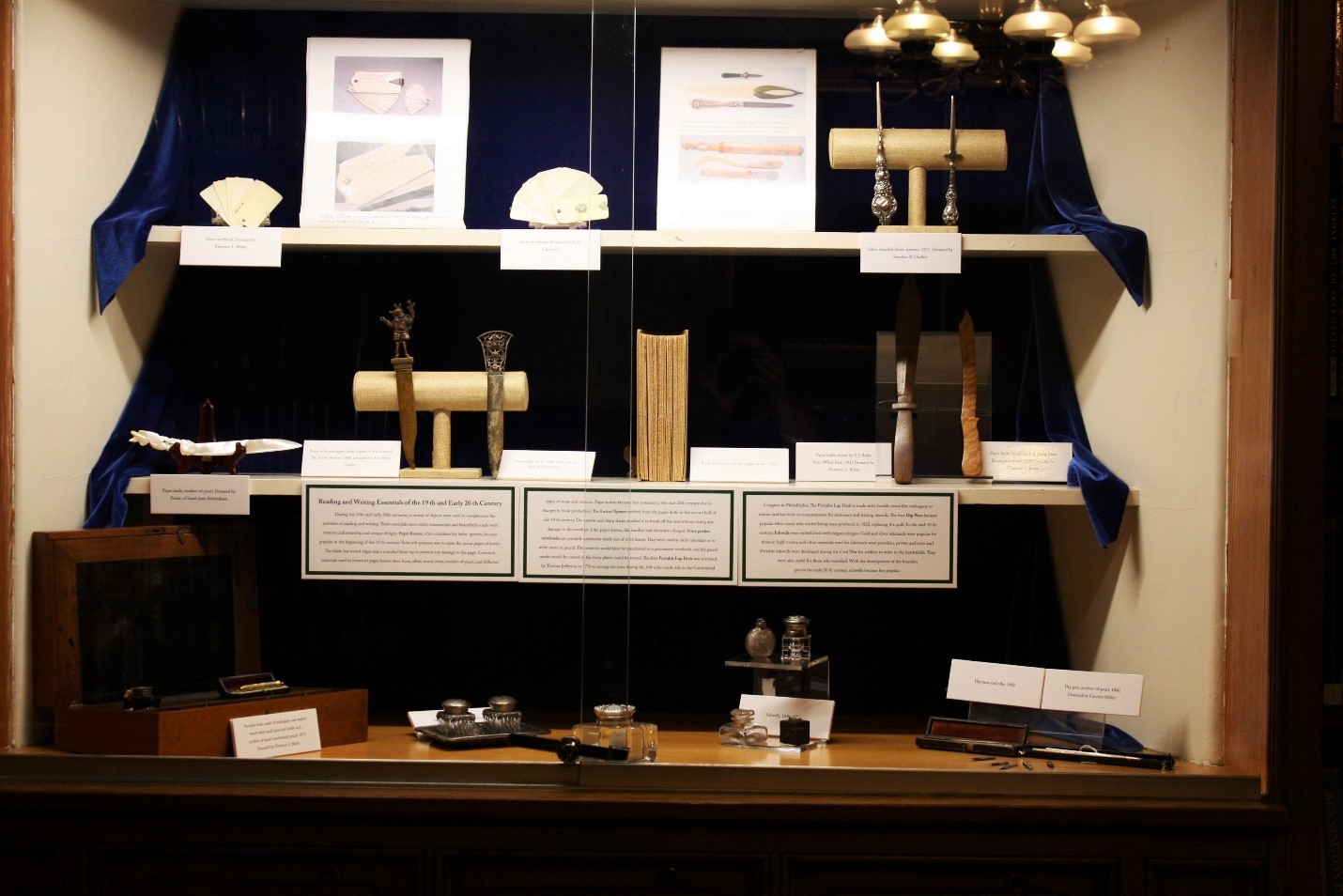 During the 19th and early 20th centuries, a variety of objects were used to compliment the activities of reading and writing. The Art Nouveau movement of the late 19th century influenced the use of elegant feminine designs on certain implements. These essentials were richly ornamented and beautifully made with creative craftsmanship and unique designs.

The paper knife was especially ornamented on the handles. Often confused for being letter openers, the paper knife’s sole purpose was to open the uncut pages of books and had become popular in the beginning of the 19th century. They were often given as gifts to prominent people.

Although paper knives became less common due to changes in book production in the mid-20th century, there are still rare books in special libraries such as the Bodleian libraries in Oxford whose leaves have not been cut and if necessary for research, the pages would be cut by using a paper knife.