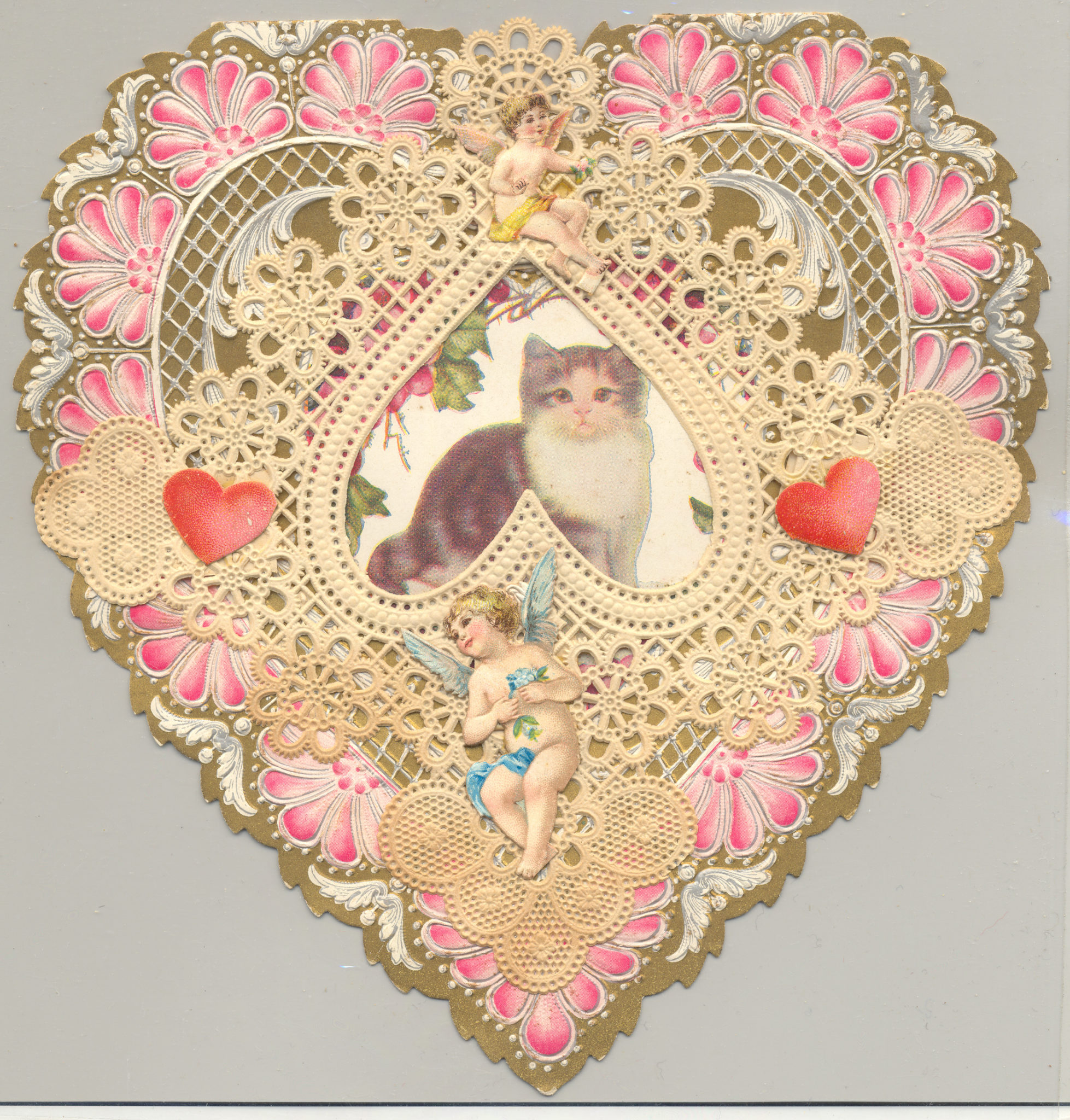 Valentine’s Day cards from the Victorian era reflect the style and sensibilities of that period. They also indicate the new technological innovations of the time that enabled the mass production of beautiful and intricate cards. During the 1850s and 1860s, American cards began to include more embellishments like paper lace, embossing, and multi-layered designs.

By the late twentieth century chromolithographs featured heavily in Valentine’s Day card production as a new method for creating multi-colored prints. Cards with “chromo” images, paper lace, and embossed details continued to be increasingly ornate and elaborate as the nineteenth century came to a close.

It was thought birds found their mates around Valentine’s Day, making avian motifs a favorite choice for card-makers throughout this period.
At the beginning of the twentieth century, Valentine’s Day cards became more simple and understated than those of previous decades. These cards relied more on printing technologies than on embellishments like paper lace or layered cards, and reflected the Art Nouveau themes of the time.

As the twentieth century progressed cards began to reflect a more youthful aesthetic in their design, catering to the increase in Valentine’s card exchange amongst children. 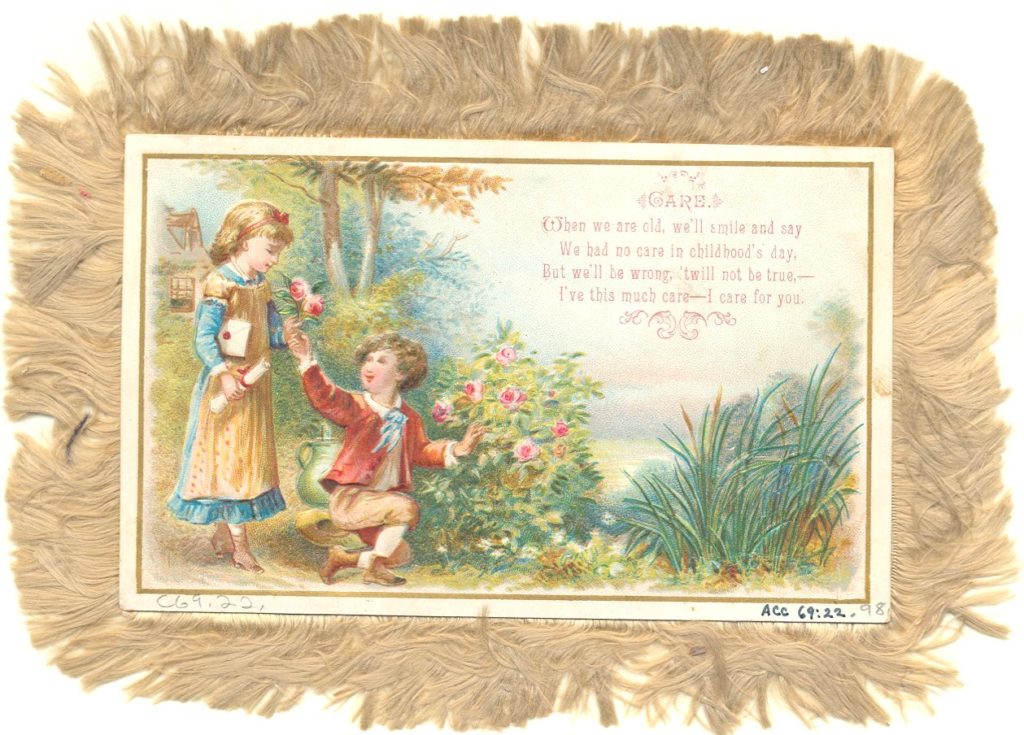 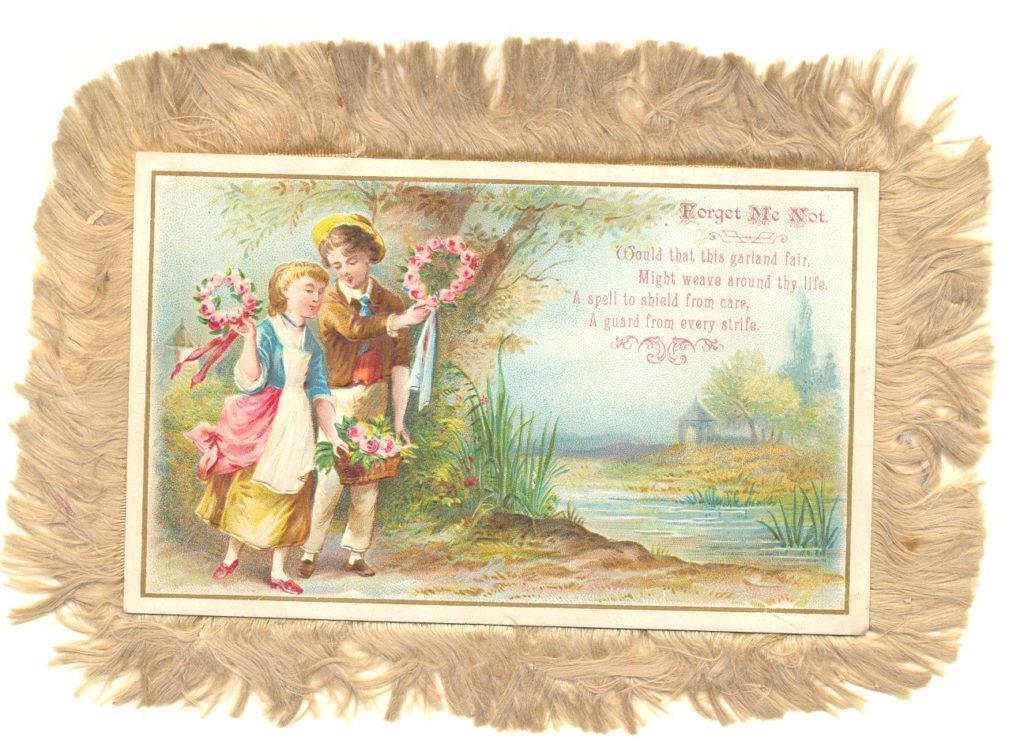 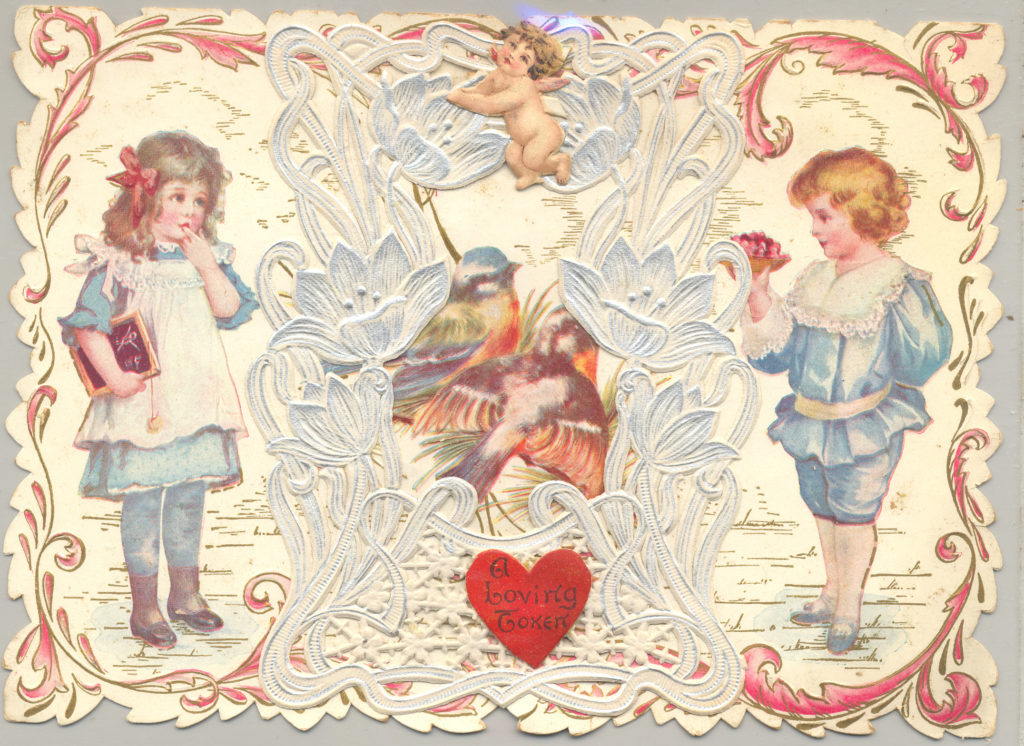 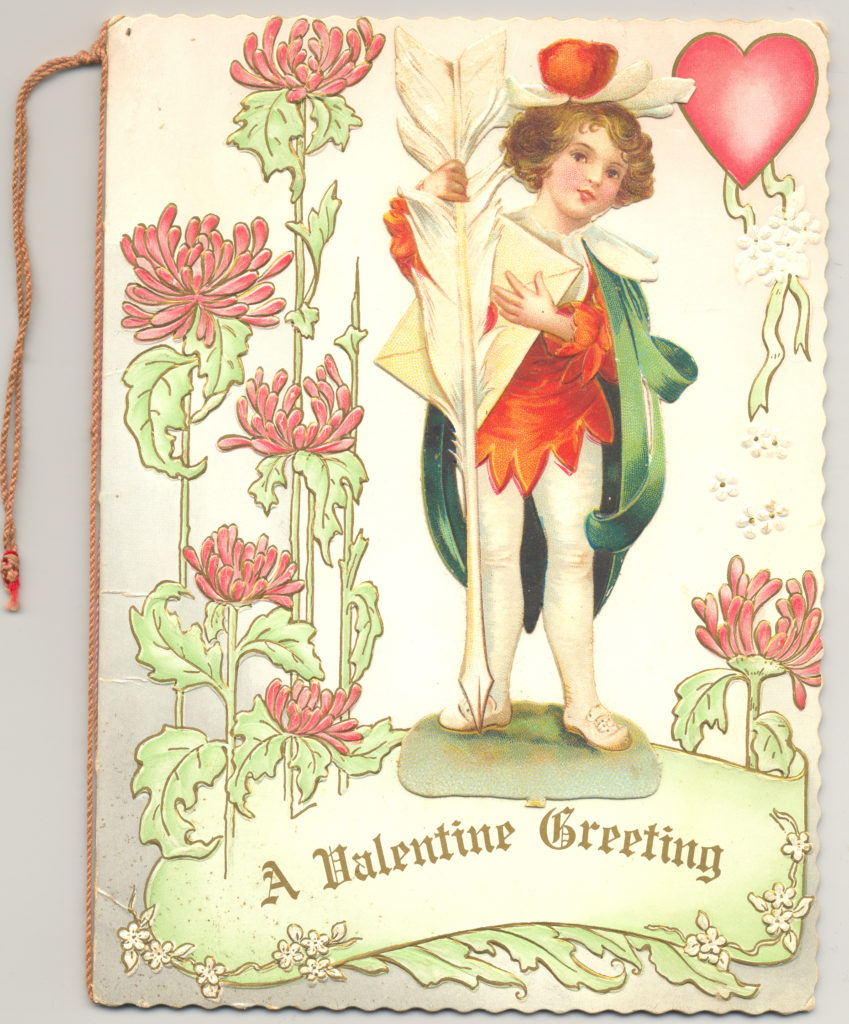