Did the Bixbys Fight in the Civil War?

By Rancho Intern history May 26, 2017 Comments Off on Did the Bixbys Fight in the Civil War? 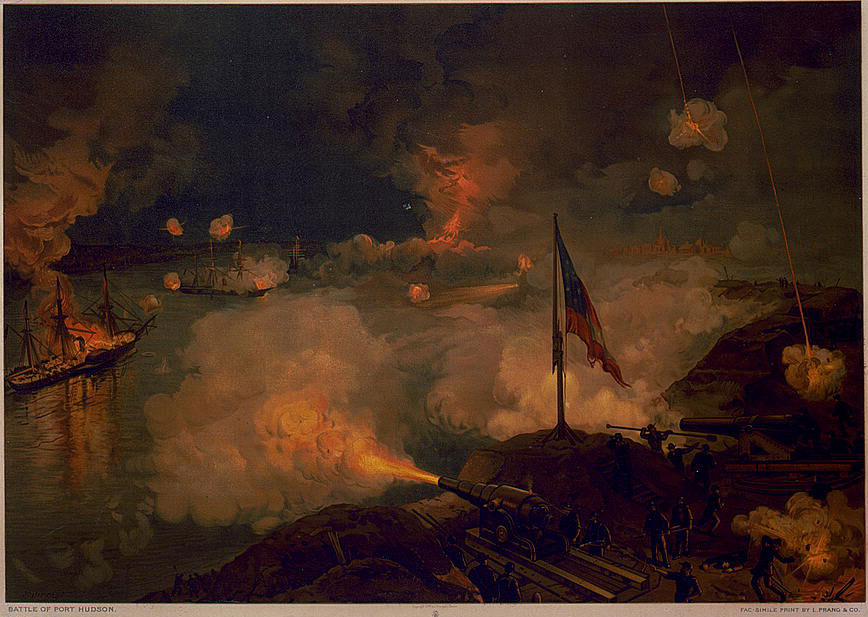 Jotham Bixby’s younger brothers, Henry H. Bixby (1836-1901) and George F. Bixby (1841-1892), enlisted in the 21st Infantry Northern Regiment on October 14, 1862 at Augusta, Maine. On Oct. 14, 1862, the brothers marched from Bangor, Maine to Washington, D. C. and then on to New Orleans, where they arrived in early February 1863. They went at once to Baton Rouge, Louisiana and were assigned to the 1st brigade, 1st division, and 19th corps. The brothers at Baton Rouge (an important Union base) performed picket duty, protecting the city from guerrilla attacks.

On May 21, May 27, and June 14 the brothers engaged the enemy at Port Hudson, Louisiana. All three battles were lost by the North. The picture above depicts  Union Admiral David Farragut in a spectacular three-hour battle between the ship’s guns and the Confederate batteries! Five of the seven Federal ships were disabled.