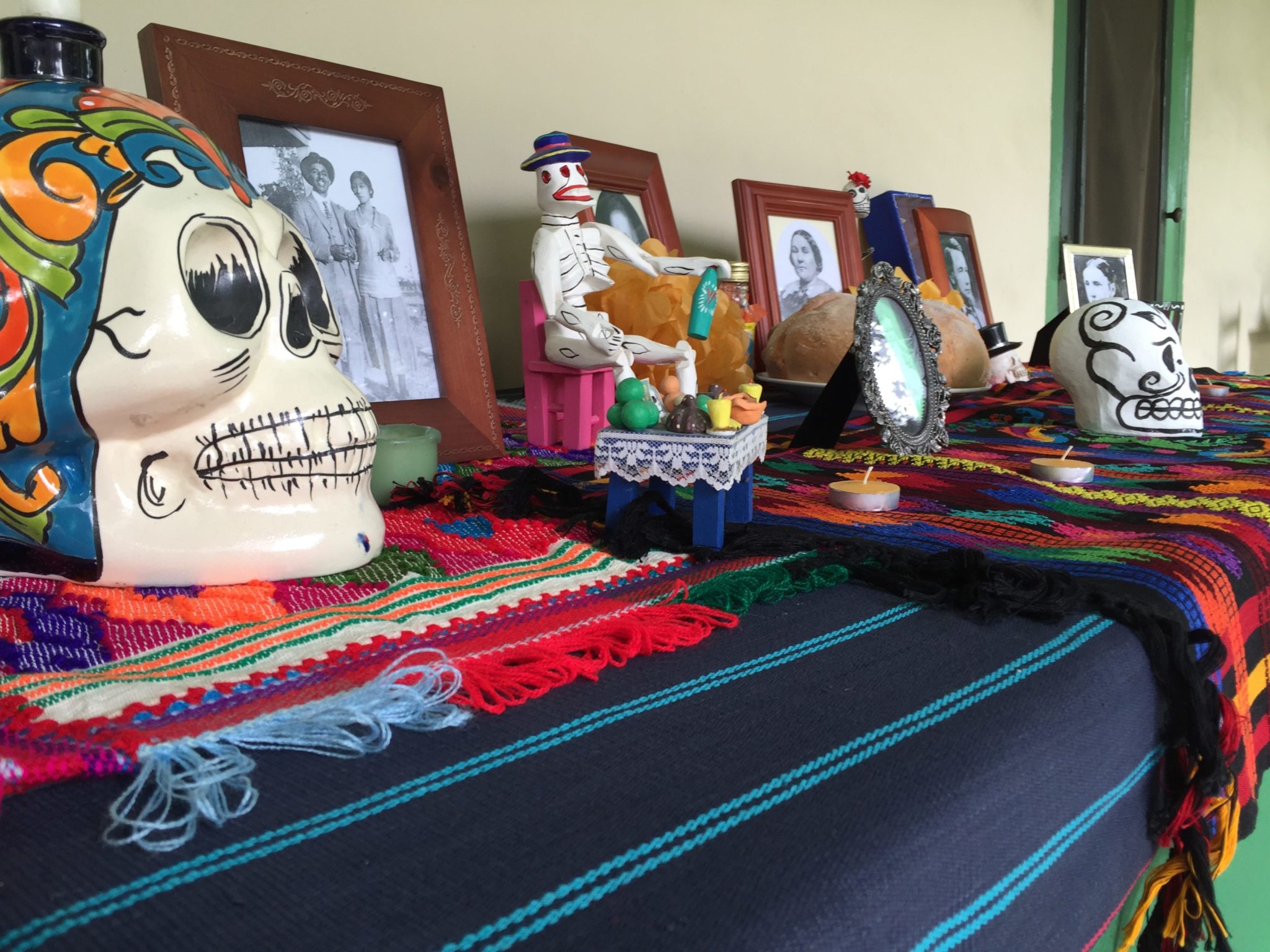 From October 19 through November 4, an altar outside the Visitor Center at Rancho Los Cerritos will honor some of the Rancho’s loved ones with pictures, sugar skulls, marigolds, and more. This will be the third year RLC has an Ofrenda; a project spearheaded by the Rancho’s Outreach Coordinator, Alana Reese.

“My parents have both lived in Latin America and the Spanish-speaking world, and enrolled me in a Dual Immersion program when I started elementary school,” Reese says. “I grew up learning about and celebrating Dia de los Muertos at school, and as Outreach Coordinator, wanted to incorporate some of that Hispanic heritage at the Rancho today, in honor of the key figures in the Rancho’s past.”

The altar will include photos of John Temple and Rafaela Cota, who lived at the Rancho when California was still part of Mexico, and Manuel Liera and Concepcion Coronado, who were tenants living at the Rancho in the early 20th century, and who met and married here. There will also be photos of Jotham and Margaret Bixby and their daughter, Maggie, who died here at the Rancho. Visitors can also see Maggie’s photo, wrapped in black ribbon, in the Rancho’s master bedroom exhibit. Unlike Victorian mourning rituals, Dia de Los Muertos is a colorful celebration of life.

RLC’s altar will include pan de muerto, or bread of the dead, which is a special bread made just for this occasion.Other decorations include candles, religious figures, golden marigolds, and many skulls and skeletons.