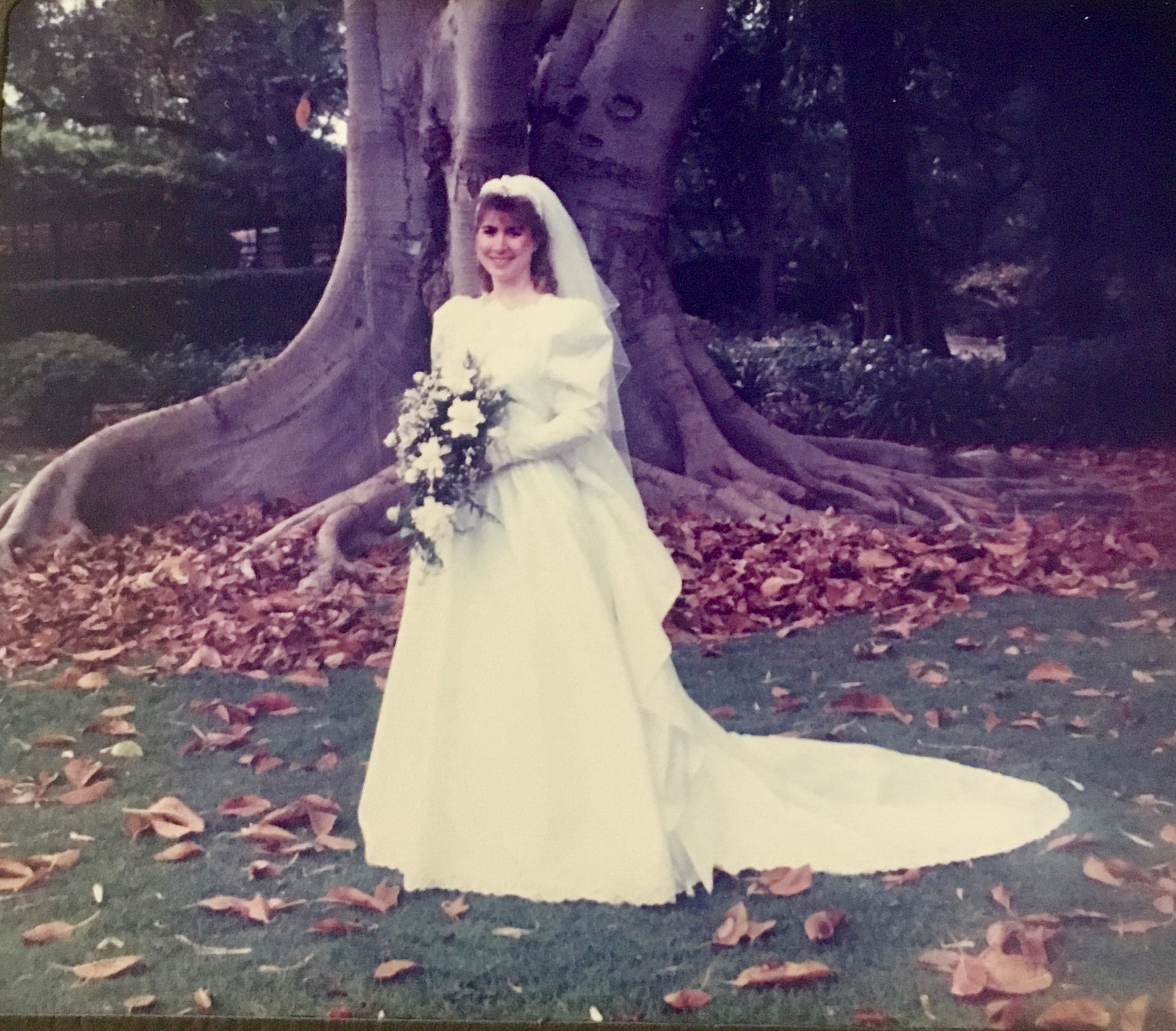 In commemoration of Rancho Los Cerritos’ 175th Anniversary year of when the adobe was built in 1844, the blog will feature a series of stories as submitted by our followers and fans – “Back in the day,” historic, nostalgic, and other tales – throughout 2019. These accounts will highlight fun facts, personal perspectives, and other viewpoints from staff, volunteers, and visitors alike. Enjoy! 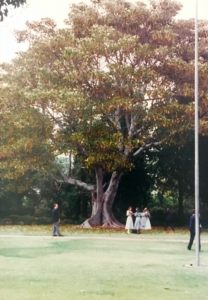 Thirty years ago today (June 3, 1989), lifelong Rancho Los Cerritos visitor and Long Beach native Kirsten Pekrul and Carlos Dominguez were married right here under the Moreton Bay Fig. Kirsten recently reached out to RLC via social media after seeing a photo of that tree to reminisce about her special day. We asked her to share more of her RLC story:

“I grew up down the street on Virginia Road. (As kids) we used to go to the Rancho 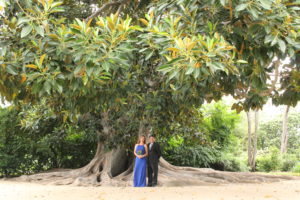 all the time to play hide and seek… that was before tours were a thing. We had free range of the house and property and would run in and out of rooms! I feel like some grown-up knew we were there because I have no recollection that we ever got in trouble for being there. The garden/yard was so much fun. Great memories.”

Kirsten also recalls family stories during her youth about her former home in the 4100 block of Virginia Road and it having been the original Rancho schoolhouse and that the teacher may have lived next door (RLC archives can’t confirm this story at this time, but our historians are looking into it). 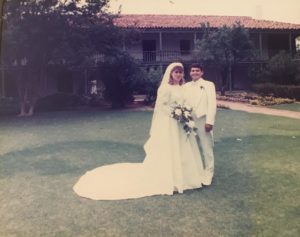 Carlos has his own RLC connections, too, including the many times he, Kirsten, the kids, and extended family would take walks down the street to the site after a family dinner. As a young man, Carlos’ dad also worked at the neighboring Virginia Country Club.

We are thrilled to share some photos from Kirsten and Carlos’ special day AND some more recent “anniversary photos” taken of the couple last weekend in a few of their favorite places around the site now and then… including the Moreton Bay Fig (which has aged pretty well in 30 years itself!). 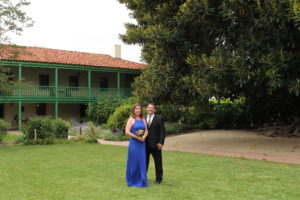 Kirsten and Carlos currently reside in East Long Beach and are parents to Allison, 24, and Curtis, 21, whom also have their own RLC memories by way of their field trips during their time at Prisk Elementary (and Mom confirms she went along on those field trips, too!). Kirsten’s daughter Allison also worked here at the site during the summer as a teen volunteer in high school for service hours. Though Kirsten’s childhood home on Virginia was sold by the family after her mom’s passing, Kirsten says she and her family are all “blessed with MANY years of memories.” 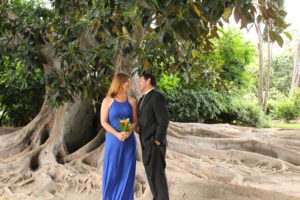 Thanks to Kirsten (Pekrul) and Carlos Dominguez for reaching out and sharing their RLC story with us in honor of our 175thAnniversary! Do you have a story to share? Please reach out to us: rancho@rancholoscerritos.org