Plant of the Moment: May

By Rancho Staff Gardens May 10, 2017 Comments Off on Plant of the Moment: May 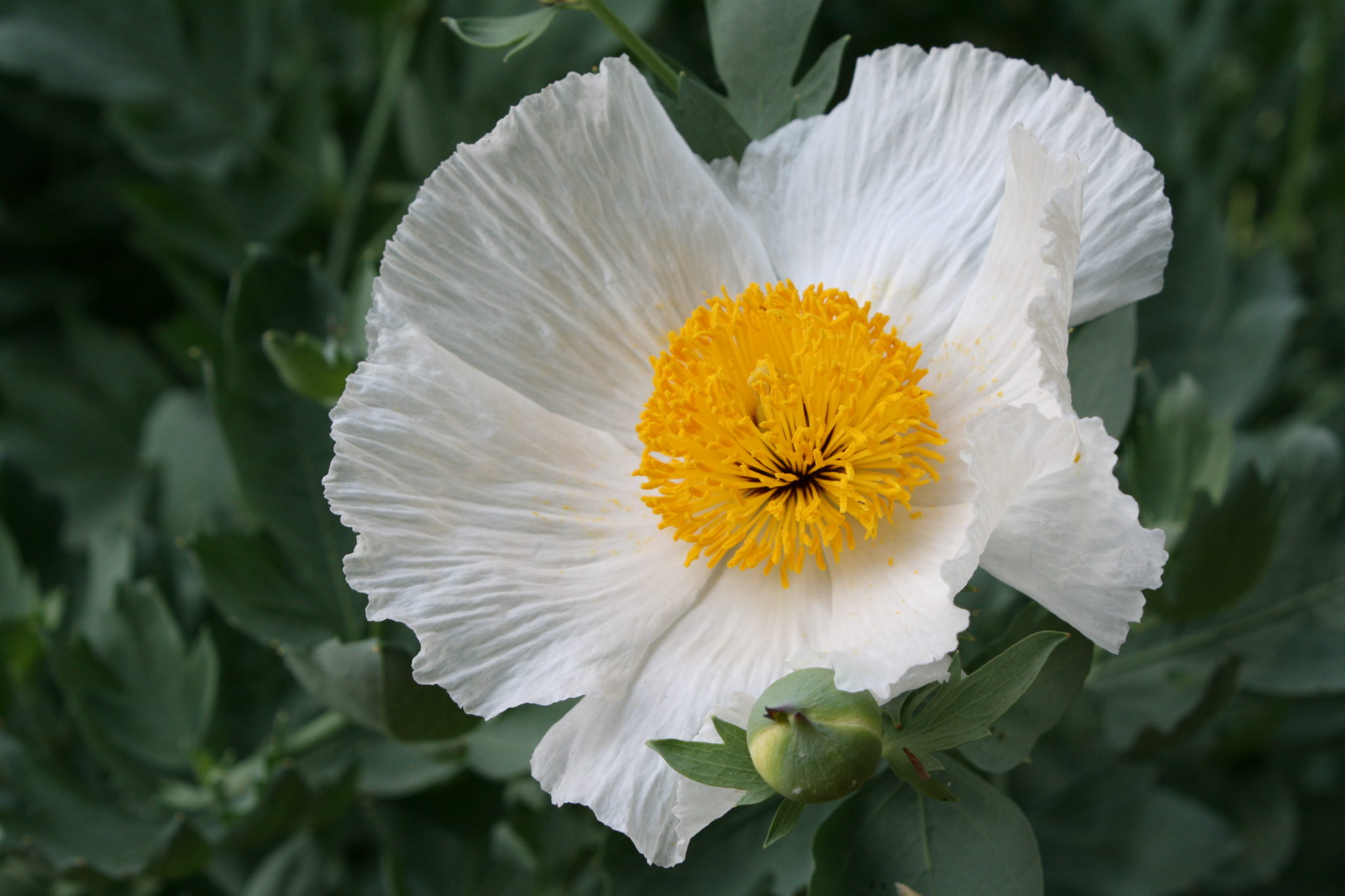 Matilija Poppies are May’s plant of the moment. This stunning flower (Latin name: Romneya coulteri) is located in the California Native garden in three separate areas: by the stairs, below the lower retaining wall, and up slope toward the picnic area.

Predominantly found in the Ojai area of Ventura County, this is an aggressive perennial that colonizes via underground stems from which rise stems of blue green foliage, and around May spectacular fragrant white and yellow flowers that often reach and exceed 6” across.

But don’t grab the stem when you stop to sniff it -they also have prickles!

Other plants in bloom in our Long Beach garden this month include: 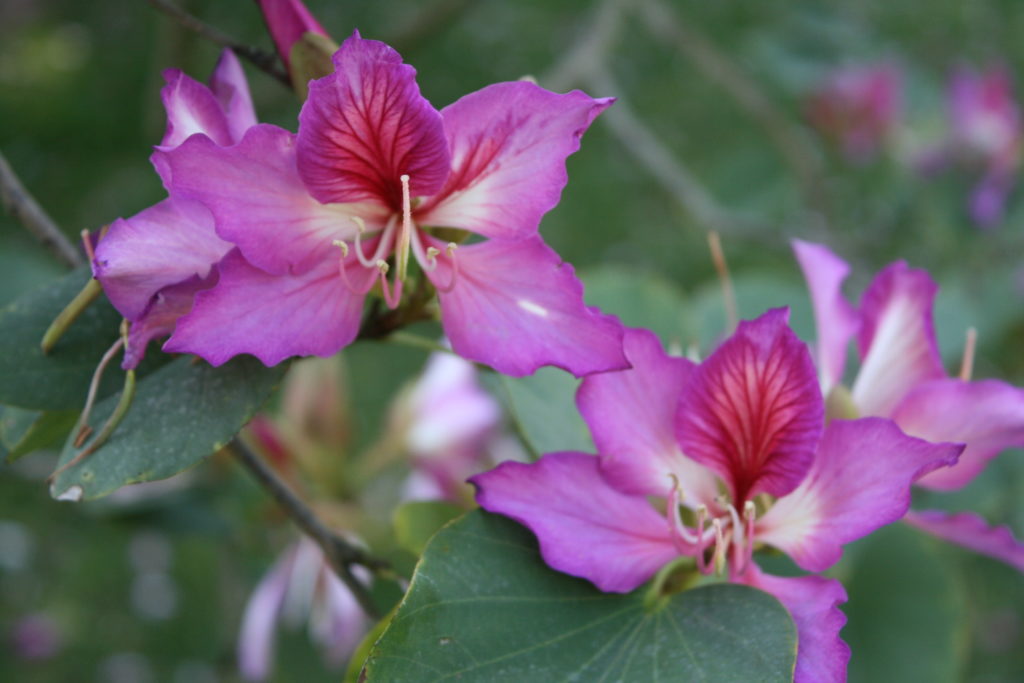 Bauhinia purpurea, commonly known as Purple Orchid Tree, a small, semi-deciduous tree. It requires a moderate amount of water (at least once a week), but pays dividends in the form of a long blooming period and hummingbird visitors. 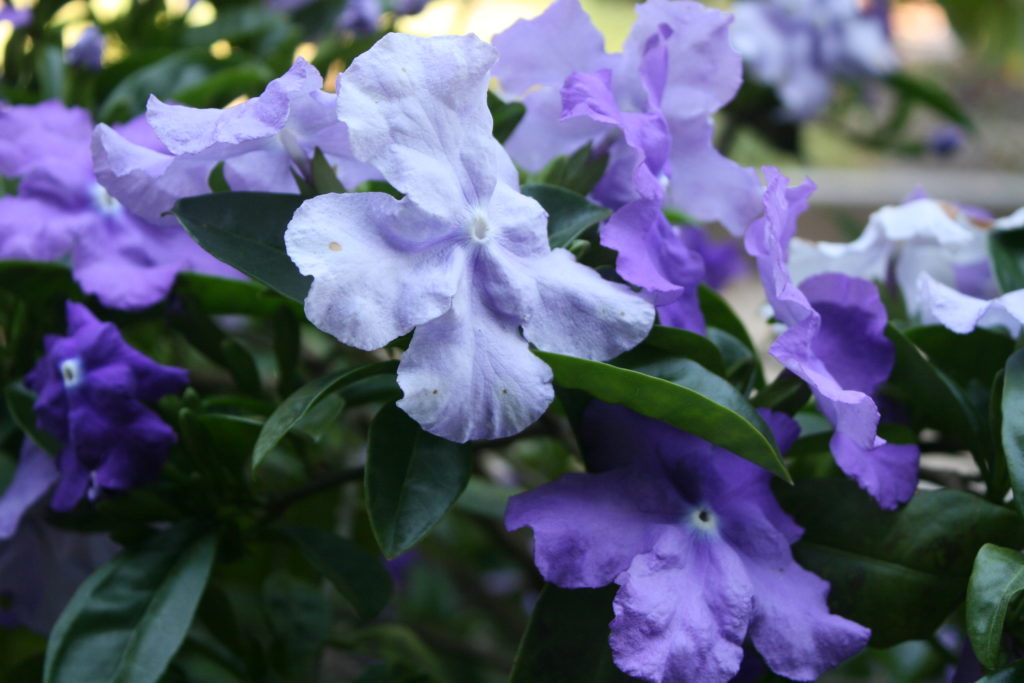 Brunfelsia pauciflora ‘Macrantha,’ a flowering nightshade that goes by a number of common names, including  yesterday-today-and-tomorrow, morning-noon-and-night, Kiss Me Quick, and Brazil raintree. This tender perennial hails from Brazil and sets fragrant flowers in spring. 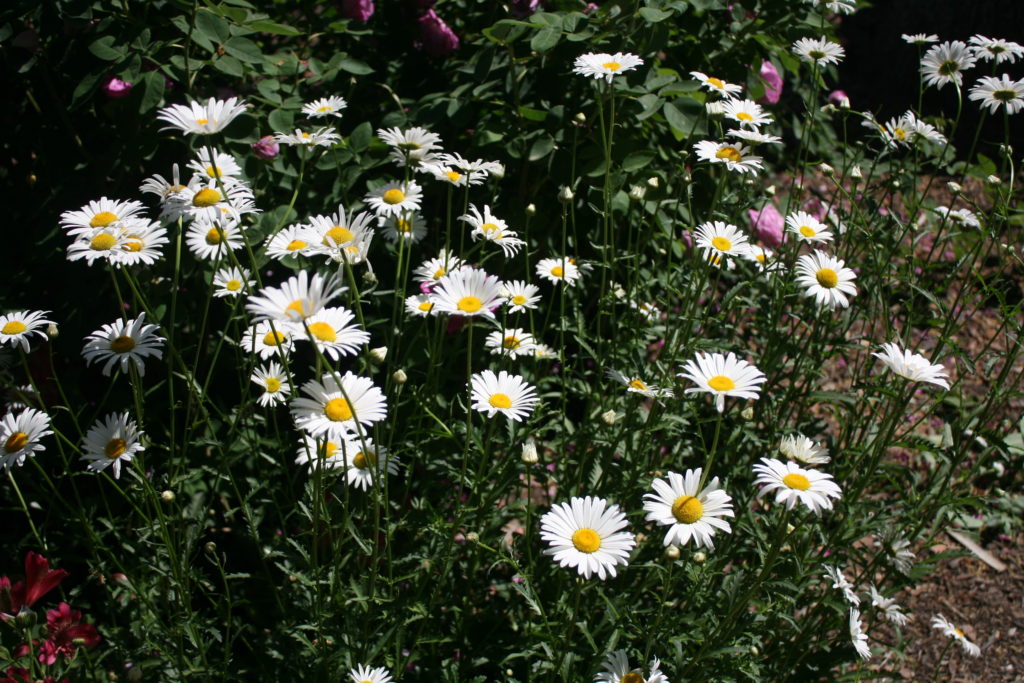 Chrysanthemum  Leucanthemum maximum. This popular plant, commonly known as the Shasta Daisy, shows its cheerful flowers from spring through fall. 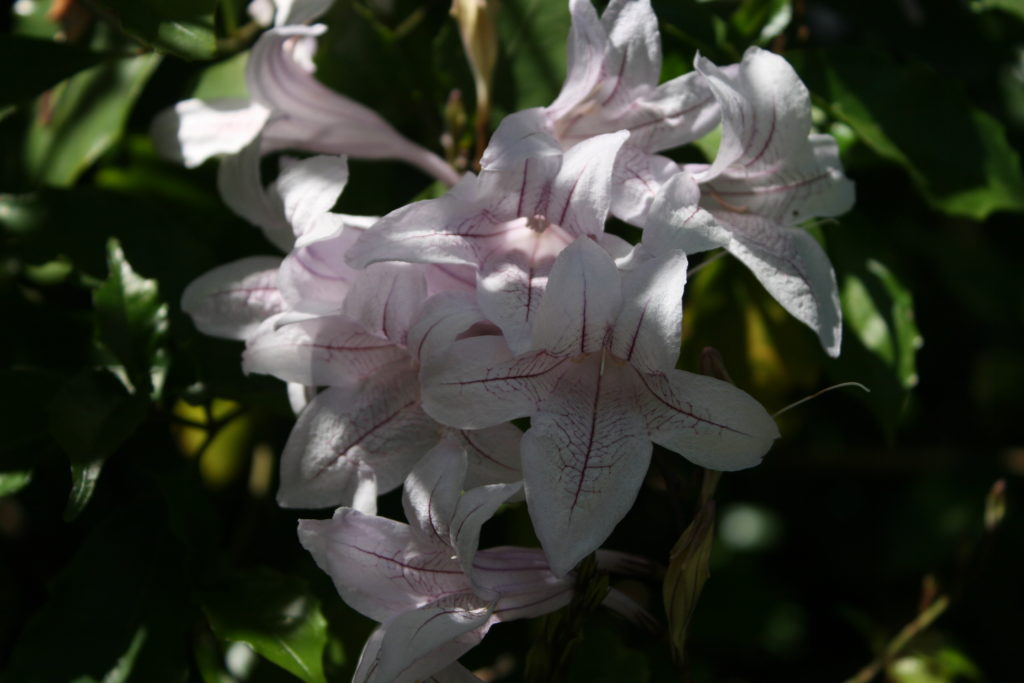 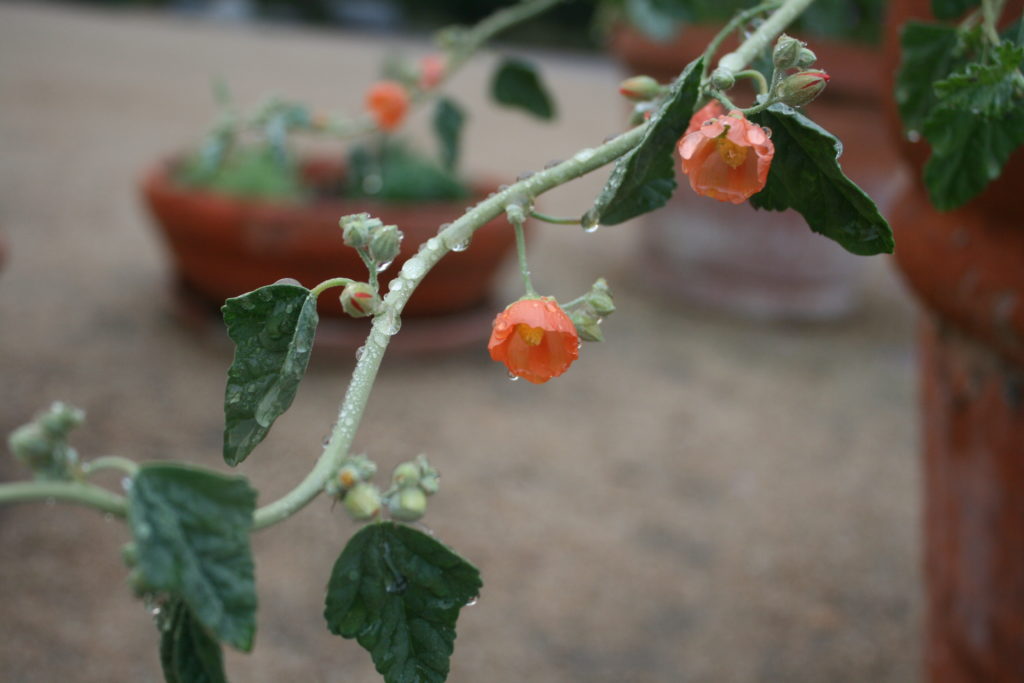 Sphaeralcea ambigua, commonly called Globemallow, loves the sun — it can be seen throughout the desert southwest. A California native, this perennial shrub is also sometimes called apricot mallow.

You can see all the color our gardens have to offer by taking a garden tour. The free, one-hour tours are available every Saturday and Sunday, and on weekdays by request.