The 1930s in Long Beach, California

By Curatorial Intern Uncategorized Apr 05, 2021 No Comments on The 1930s in Long Beach, California 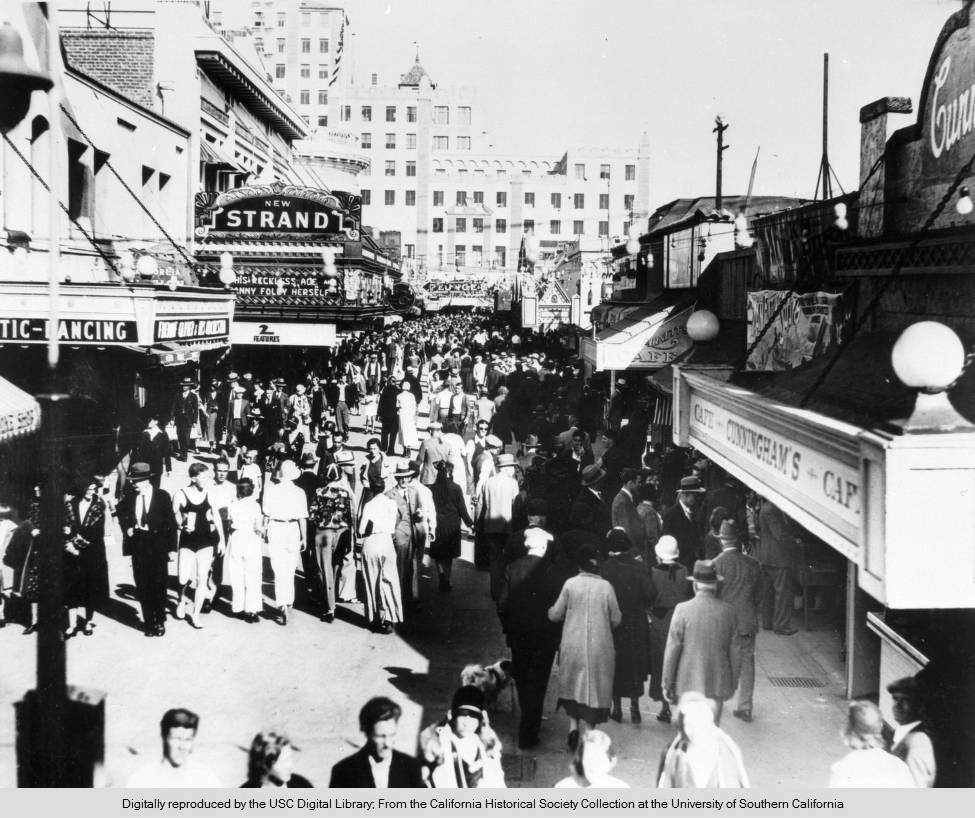 The period of the 1930s in America was a tumultuous one. The nationwide economic crisis that resulted from the stock market crash in 1929 was affecting families across the country. After being elected in 1932, President Franklin Delano Roosevelt (FDR) began implementing his New Deal programs to benefit the country, with varying results. The Great Depression that followed the crash in the stock market left millions without employment. 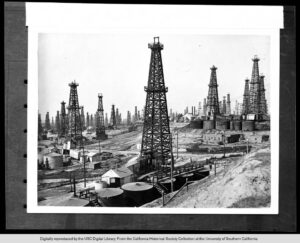 Due to its success in oil production in the 1920s, the city of Long Beach, California was able to endure the era more effectively than other cities of the time. However, the city faced a harsh drop in tourism, which it relied on.1 While oil was the leader in the Long Beach industrial scene, the city also relied on fish canning, the shipping industry, the production of vegetable oil as well as the manufacturing of motor cars and soap.2 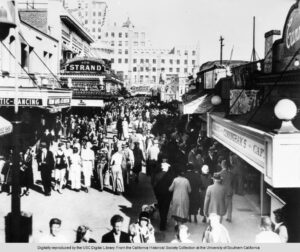 On March 10, 1933, at approximately 5:54 pm, the city of Long Beach and its surrounding area was struck by a 6.4 magnitude earthquake, with aftershocks that had disastrous effects. There were between 49–52 deaths in Long Beach, and between 115–120 deaths in the area, making the quake the second-deadliest in California history after the 1906 San Francisco earthquake.5 After the disastrous effects of the earthquake, which leveled buildings throughout the city due to relaxed building codes, rebuilding began with much more strict guidelines.6

With the national stress created by the Depression, Americans looked to the media for a distraction from their struggles. Of the media in the 1930s, the radio was king, with a variety of popular radio shows to bring entertainment. President Roosevelt also took advantage of the radio by providing his informal Fireside Chats to promote the New Deal to reach people across the country.7

Movies during this time reflected the need for an escape from the harsh reality of the Depression. This period was the beginning of films with sound, nicknamed “talkies,” which ushered in what is hailed as the “Golden Age” of cinema that lasted into the 1940s.8

One of the main driving forces behind 1930s youth activities was swing music. Appropriated from jazz, which was created by African American musicians in the late 19th and early 20th centuries, swing music was a popular interest for young people across the country. It drove their leisure, fashion, and dating from the 1930s through World War II.9 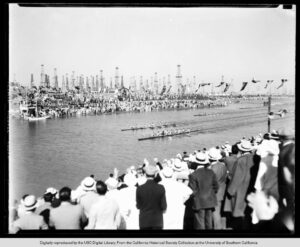 After the National Recovery Administration (NRA) implemented the 5-day work week for Americans, people found that they had more leisure time.10 Along with listening to the radio and playing games such as Bridge with family and friends, free activities like bicycling rose in appeal, as well as outings to public beaches, golf courses, and swimming pools.11 The extravagant outfits of the 1920s “sheiks” and “flappers” were disregarded as Americans were encouraged to spend less money.12 While Americans in the 1930s were discouraged from pursuing many luxuries, such as purchasing new household appliances, automobiles remained a source of leisure for many.13

Although the Great Depression brought many challenges to daily life, many Americans still found themselves able to find enjoyment. In Long Beach, while the city was able to still stay afloat due to its industrial success, changes followed the devastating earthquake at the beginning of the decade. Daily life was also altered as Americans found themselves with more free time and less money. Overall, the 1930s as a decade brought about another change in the lifestyle of the United States. This period of leisure and entertainment is soon to be cut short however, with the second World War brewing on the horizon as the 1940s come closer.