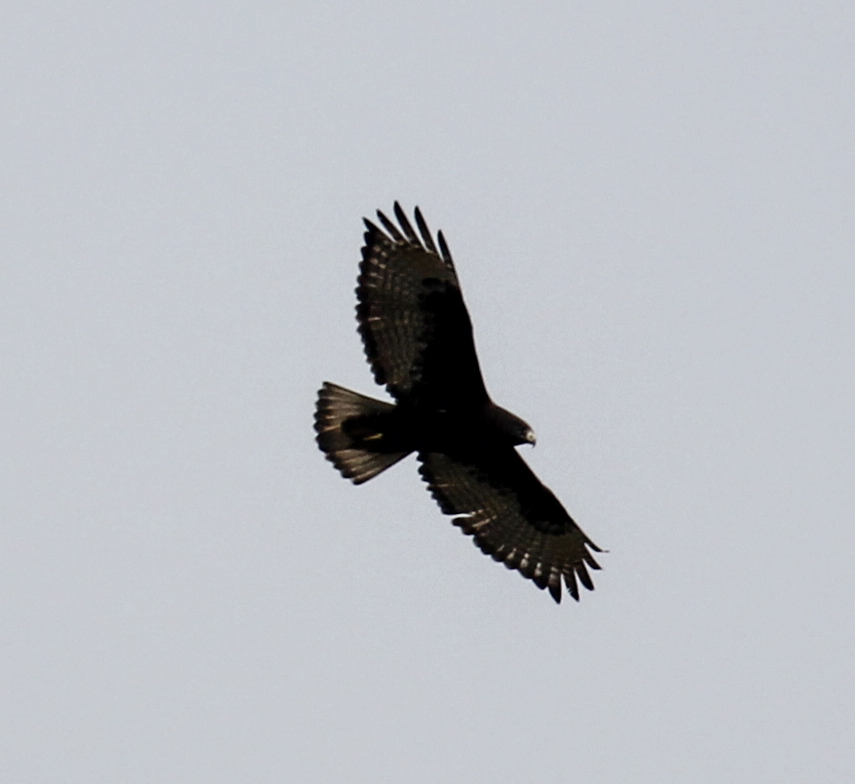 Bird-watchers saw a gorgeous “Harlan’s” subspecies of red-tailed hawk on our November count at Rancho Los Cerritos in Long Beach, California. Originally thought to be a Zone-tailed hawk, the bird was later identified by Kimball Garrett, Ornithology Collections Manager at the  Natural History Museum of Los Angeles County (and the final word on bird ID) through Jerry Millett’s photo and Kim Moore’s photos. Kimball calls this bird “a very rare coastal occurrence for this Red-tail subspecies (which is quite a scarce late fall/winter visitor anywhere in southern California).”

As you can see in these photos, it lacks a red tail, has black wing linings with variable spotting instead of a dark leading edge to the wings, and the tail is banded. 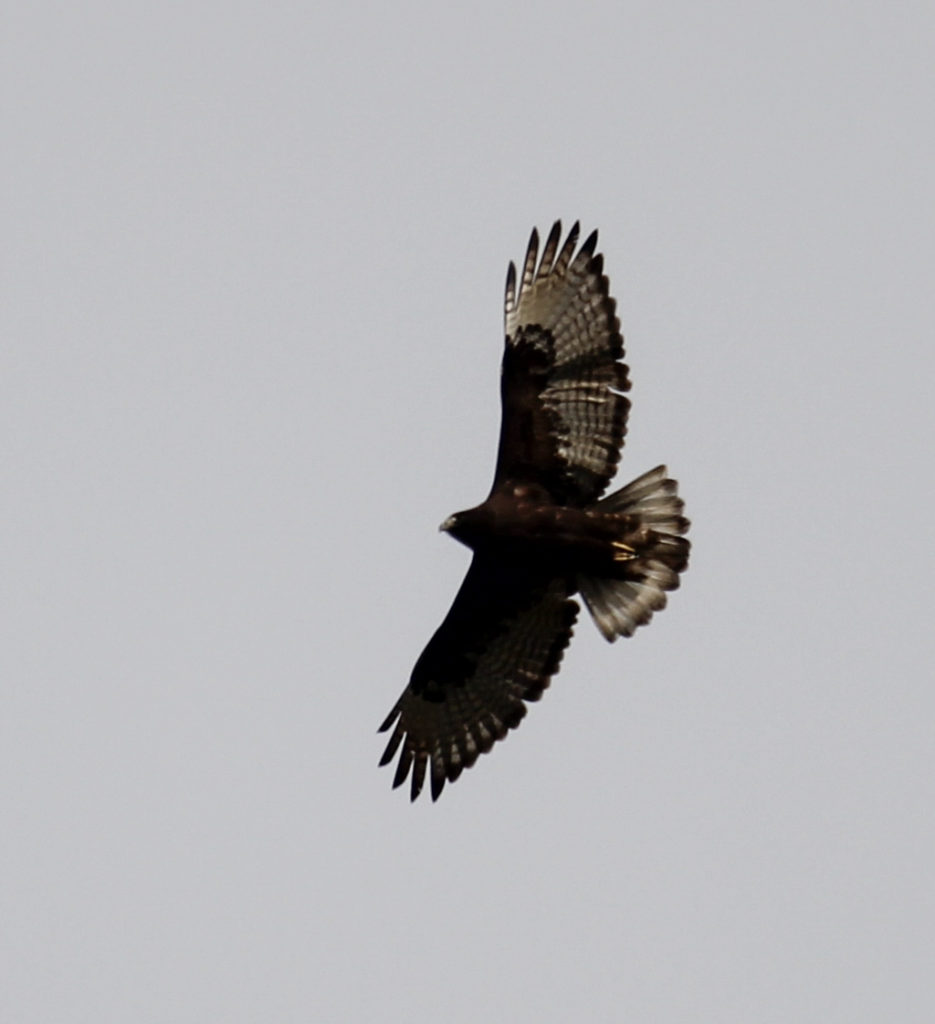 This bird got Rancho Los Cerritos listed on the L.A. County rare bird alert. Come out to RLC on our February 8th walk to see what else shows up for the winter! We also have monthly free birding classes for high-schoolers.