By Rancho Intern history May 30, 2017 Comments Off on Joseph Bixby in King Phillip’s War 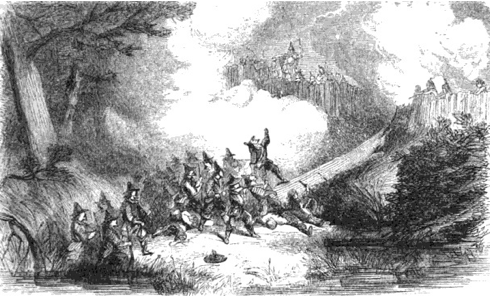 Jotham Bixby’s fourth great grandfather Joseph Bixby was born in the town of Boxford, in the Province of Massachusetts in 1648 and died in 1725. Joseph was married to Sarah Gould on March 29, 1682 and had nine children; Joseph, Sarah, Priscilla, Phebe, John, Mary, Thomas, Hannah and Moses. He was prominent in the town affairs of Boxford, taking his father’s place in the public service. Joseph was inducted into the Rowley Company (representing the small town of Rowley, Massachusetts) of the British militia, and took part in the Narrangansett campaign in King Philip’s War.

Ignoring the summons for a peace agreement, King Philip attacked the colonists. It took the British militia nearly a year to hunt down and kill King Philip utilizing the help of Captain Benjamin Church who used tactics similar to the Native Americans. The war ended shortly thereafter.

Joseph Bixby marched in the Narrangansett campaign that was aimed at hunting down and killing King Philip. During this campaign the militia came upon a fort where King Philip and his tribe were residing and burned it down but, Philip somehow slipped away.