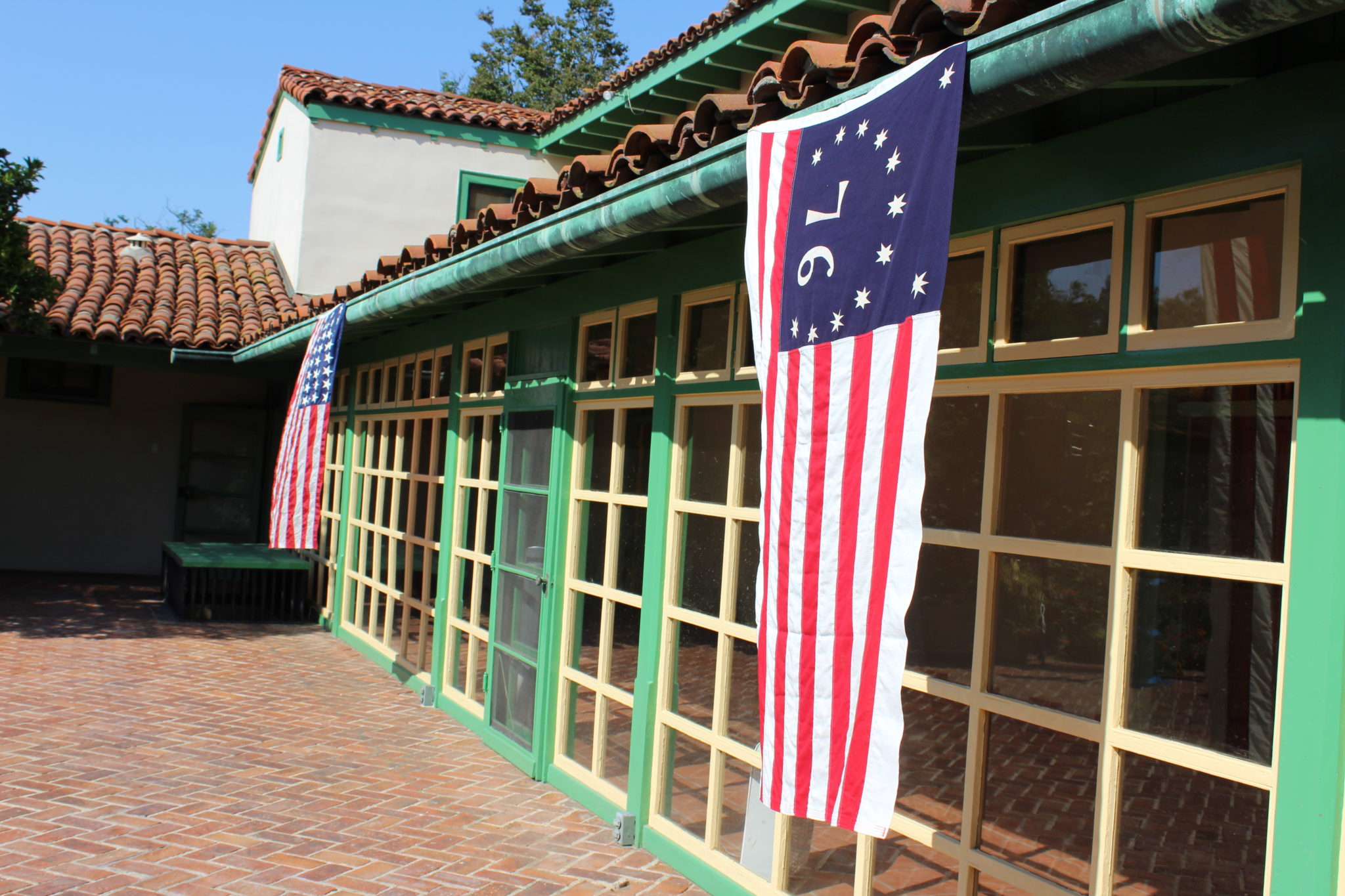 Imagine you are at Rancho Los Cerritos in 1876 celebrating the 100th birthday of the United States with the Bixby family. As the evening approaches you are sitting with Sarah Bixby Smith waiting for the sky to be enveloped in a glorious display of “sky-rockets.” The Fourth of July is one of the most important American holidays and the Bixby’s cherished the holiday through decorations, stereographs of exhibits from the 1876 Philadelphia Centennial Exposition, and many fireworks.

The Fourth of July holds a special place in the memories of the Bixby family. In her memoir Adobe Days, Sarah Bixby Smith, who was the daughter of Llewellyn Bixby and Mary Hathaway Bixby, describes the majestic nature of the Bixby Fourth of July celebrations in particular staying up “beyond bird time” to watch the fireworks. Moreover, Richard Bixby stresses in an oral history interview that July the Fourth was “one of the main holidays” because his father, George H. Bixby, was born on the 4th of July. Richard recalls going to the beach in front of Jotham Bixby’s house on Magnolia Avenue and Ocean Boulevard for the holiday. Richard’s oral history interview enables one to imagine a time when horses and buggies crowded the beach for a patriotic display of firecrackers and “sky rockets.” Richard also remembers going back to his grandfather’s house after the fireworks to eat “lots of food.” Overall, the Bixby family treasured the 4th of July, and it was clearly one of their favorite holidays.

Every year the adobe house at Rancho Los Cerritos is decorated by volunteers to commemorate the day the United States officially declared independence from Great Britain and show the Bixby family’s Fourth of July traditions. For example, one of the festive decorations you will be able to see is a hung bunting over the veranda, which is a tradition dating back to the 17th century. The Rancho volunteers also hang a United States flag to honor 1776 and a flag with 38 stars, which became the official United States flag on July 4th, 1877. In the hallway of the adobe house, a table with a picnic basket is used to illustrate Mrs. Mary Hathaway Bixby’s preparations for the Fourth of July picnic. Red delphinium, small white daisies, and red single petal roses from the garden show how Mrs. Bixby would have represented the colors of the holiday. Red, white, and blue pinwheels and head wreaths in the children’s room and master bedroom are also used to depict the fantastic colors of July 4th.

Furthermore, in the parlor of the house, the Bixby’s would have looked at stereograph cards of exhibits from the 1876 Philadelphia Centennial Exhibition, which was the first World’s Fair to be held in the United States. According to Adobe Days, Mary Hathaway Bixby and Martha Hathaway attended the exposition. The reason the Centennial Exhibition was held in Philadelphia was to commemorate the 100th anniversary of the signing of the Declaration of Independence. In the dining room, one can see a commemorative glass dish with the Liberty Bell and the dates 1776 and 1876, representing what Mary or Martha Hathaway might have purchased at the Centennial. Essentially, all the decorations displayed are thoughtfully chosen to portray how the Bixby’s traditionally celebrated the birthday of the United States.

Click here to plan a visit to Rancho Los Cerritos to see the Independence Day decorations on display from July 1st to July 7th!