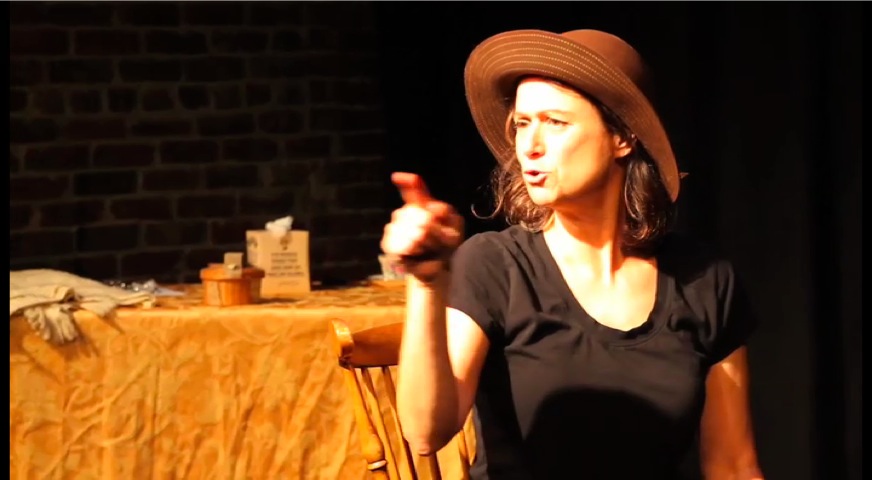 Drawing on diaries, letters, publications, and biographies and combining theater, history, multimedia, audience interaction, and good old-fashioned story telling, She’s History! brings to life the true tales of fabulous females. Going back and forth from the past to the present, Writer/Performer/Cultural Herstorian Amy Simon poignantly finds the funny as she chronicles the struggles and accomplishments of unheralded, unknown and forgotten heroines whose courage and strength inspire as she raises her two daughters. $35 per person; $25 for youth/students (this show is suitable for all ages but best enjoyed by people 10 years old and up).

Visitors are encouraged to arrive early (up to one hour in advance) to view the historic house.

About the Performer
Amy Simon, Cultural Herstorian, is the founder and creator of She’s History! A mother, actress, playwright, improviser, published writer, and producer, Amy’s first play Cheerios In My Underwear (And Other True Tales Of Motherhood) holds the record as the longest running solo show in Los Angeles. Always interested in hearing and presenting what women have to say, she created and produced Motherhood Unplugged and Moms Who Write, a story salon/stage show with LA Parent magazine and Mamapalooza (Moms In The Arts), which inaugurated KPFK’s Pacifica Performance Showcase. A regular blogger for HollywoodJournal.com, her work appears in The Huffington Post, Blogher, SheWrites, MamaZina, MamaBlogger, LA Parent and Cup Of Comfort For Mothers.