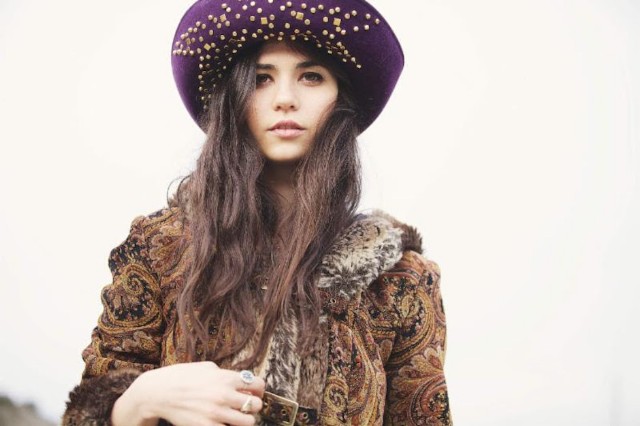 Our popular free concerts series will close with a special performance by Pearl Charles.

Pearl Charles has deep roots in the Los Angeles music community. An L.A. native, Pearl embodied California rock and roll cool even before she took her natural position as a figure in the local music scene (and beyond). She started logging miles on the road with her first band, old-timey Americana duo The Driftwood Singers, at age 18, followed by a lengthy stint drumming and singing in garage-pop band, The Blank Tapes. The Blank Tapes toured extensively and earned accolades from Rolling Stone and The New Yorker for their sunny lo-fi surf rock. Along the way, Pearl collaborated with artists such as Jonathan Wilson, Stephen McBean (Black Mountain), Farmer Dave Scher (Beachwood Sparks) and Johnathan Rice and toured with artists ranging from Father John Misty to Kim Deal.

Though she draws inspiration from the legendary scenes of the 60’s and 70’s, from Laurel Canyon to The Factory, from Haight-Ashbury to Muscle Shoals, she also counts contemporary artists amongst her influences such as Tame Impala, Mac DeMarco, Sharon Van Etten and Jenny Lewis. Pearl Charles writes and sings songs with a distinctly unique voice, creating a sound that is both timeless yet undeniably here, now.

The site opens at 4:30 for pre-concert picnicking. Concerts run from 5:30 p.m. to 7 p.m. Guests can bring blankets or lawn chairs. Snacks and drinks will also be available for purchase. Pets are not allowed. Learn more, RSVP, or invite your friends on our Facebook event page! This event is supported in part by Arts Council for Long Beach and the City of Long Beach.